Last week press image of the NVIDIA Shield tablet showed us a glimpse of how the tablet will look from the front. Soon after that a new leak along with some images has provided more details about the specification of not only the tablet but also about the wireless controller. According to a number of promotional images, obtained by the website Videocardz, the Shield tablet is expected to be available for purchase on July 29. 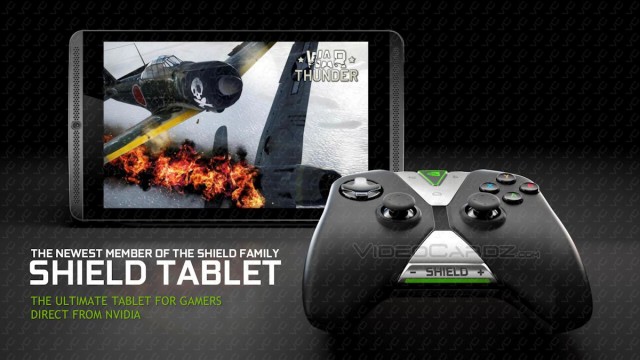 The leaked slides have almost confirmed the specs of the Shield tablet and it is powered by a 2.2-GHz quad-core Nvidia Tegra K1 chip and 192-core Kepler GPU.  In addition, the tablet will have 8 inch Full HD IPS display and will include NVIDIA DirectStylus. Available in two variants the Shield Tablet will come in 16GB model for $299 while the 32GB model along with WiFi and LTE will have a price tag of $399. It would have a 5MP camera on the front and back along with speakers. Other specs include dual-band 802.11n WiFi, Bluetooth 4.0, and microSD slot for up to 128GB of storage and Android 4.4 KitKat. 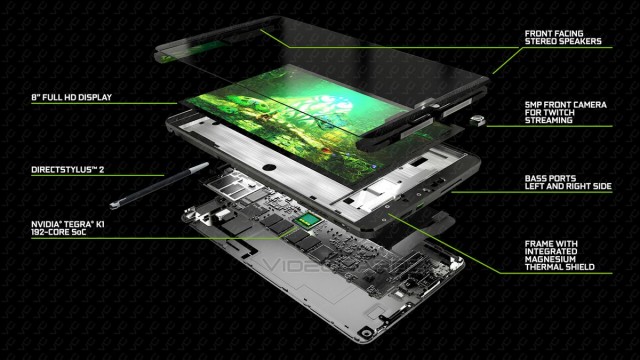 In addition to the tablet, details about the NVIDIA wireless game controller state that it will use Wi-Fi Direct to communicate to the tablet and has a rechargeable Li-Ion battery inside. The game controller is priced at $60. NVIDIA is expected to announce the devices on July 22 and release them on July 29 in the US and on August 14 in Europe, according to the leak.