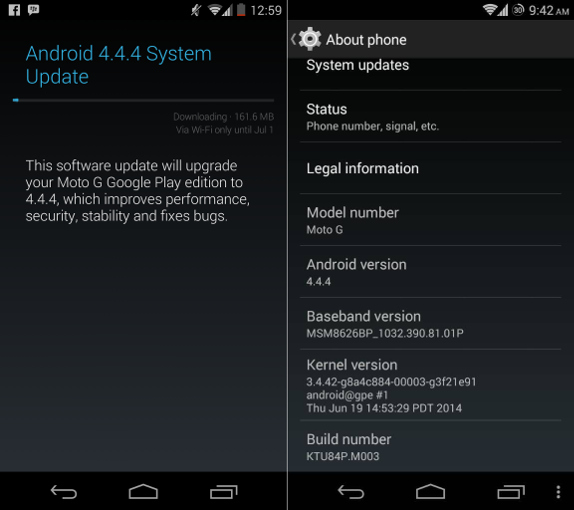 Android KitKat 4.4.4 update is hitting Moto G Google Play Edition users. The over the air update does not bring any UI or other feature changes. It only adds security and stability improvements along with bug fixes which might improve your Android experience.

Google Play Edition devices are next in line after Google’s Nexus devices for new software updates. Motorola recently confirmed that Android KitKat 4.4.4 update is coming to Droid Ultra, Maxx and Mini. The update should automatically pop up on all units since its being rolled out OTA. Motorola is yet to roll out Android 4.4.4 update for the Moto G, Moto E and Moto X.