Google has announced that it will take down QuickOffice from Play Store as it has integrated its productivity apps in Google Drive. The company recently added docs, sheets and slides to the Drive thereby putting QuickOffice to less use. 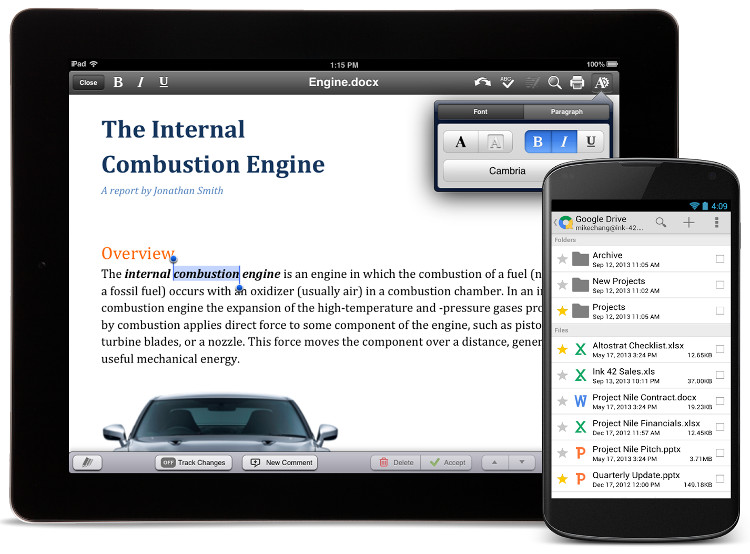 With the integration of Quickoffice into the Google Docs, Sheets and Slides apps, the Quickoffice app will be unpublished from Google Play and the App Store in the coming weeks. Existing users with the app can continue to use it, but no features will be added and new users will not be able to install the app.

Acquired in 2012 by Google, QucikOffice will be removed from the Play Store and iOS app store in the coming week. Users have already installed Quickoffice into their Android devices will still be able to access them. New users will not be able to download the app. The recent update added editing of native office documents to Google Drive. Google also updated Drive 2.0 for Android with UI and other features.

The move comes from Google has it is urging users to switch to Google docs, as majority of the lot is still using Microsoft Office which is relatively expensive that Google apps.