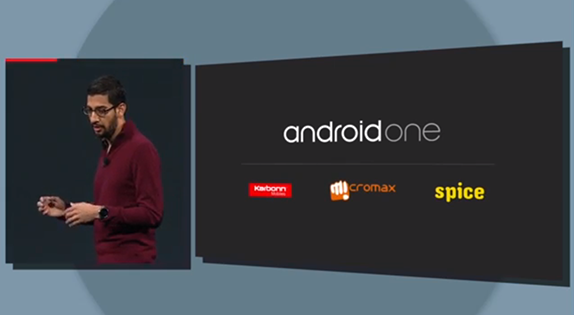 Google just unveiled its new program called “Android One” at their I/O developer event today, in San Francisco. This program, which involved creating attractive low cost Android smartphones using reference hardware and stock software, already has three members. The three OEMs who are the first companies to sign up for Android One are Karbonn, Micromax and Spice, all Indian smartphone manufacturers well versed in making budget smartphones running Android. 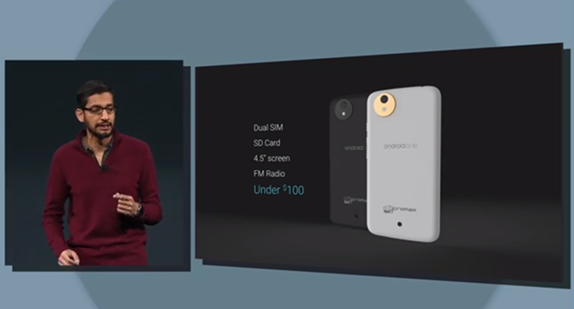 The phone we see in the above image is from Micromax, with a 4.5″ screen, Dual SIM functionality, FM radio and SD card support. It has “Android One” written on its back, featured more prominently than the Micromax logo, which indicates how much of an important role it plays. With a retail price of under 100$, which is roughly less than 6,000 INR, this phone is built on reference hardware and stock Android, but also caters to OEM requests like App bundling and consistent update cycles. This will lead to unified experiences on budget Android devices, which is something you can’t get right now. Also, reference hardware will make these smartphones cheaper to make for OEMs, which is just another win for consumers.

So, are you excited for consistently updated budget Android smartphones from these companies? Let us know what you think in the comments section below.