At the Samsung event on June 13, alongside the announcement of its high resolution Super AMOLED display tablets, Samsung also announced that a Bluetooth Accessory keyboard that will be compatible with both the Galaxy Tab S 8.4 and Tab S 10.5 tablets. The Bluetooth Keyboard acts as a dock as well and tries to transform the tablet to a laptop. 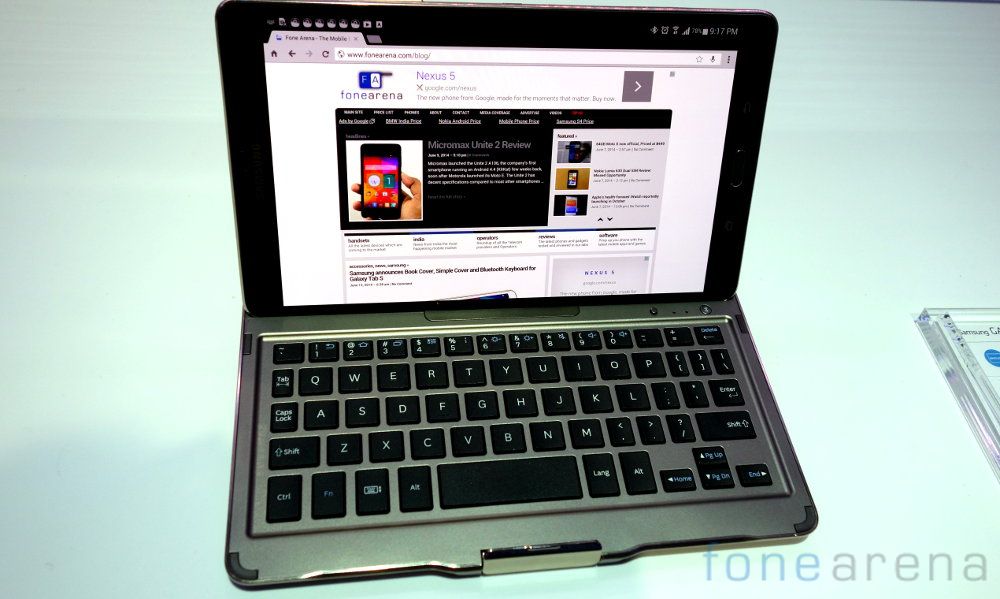 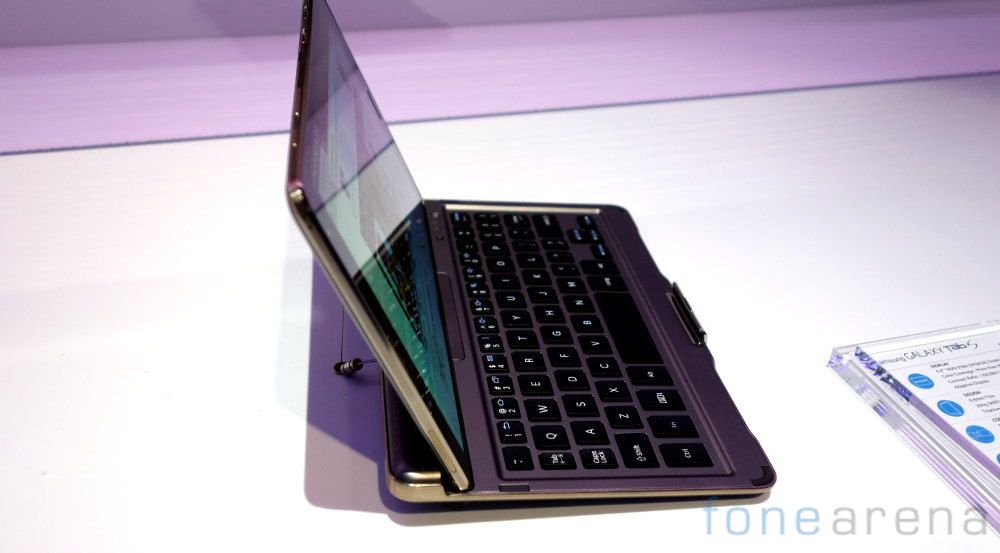 The keyboard too follows Samsung’s design language of dotted pattern and that increases the grip when you are holding the tablet as well as the keyboard. 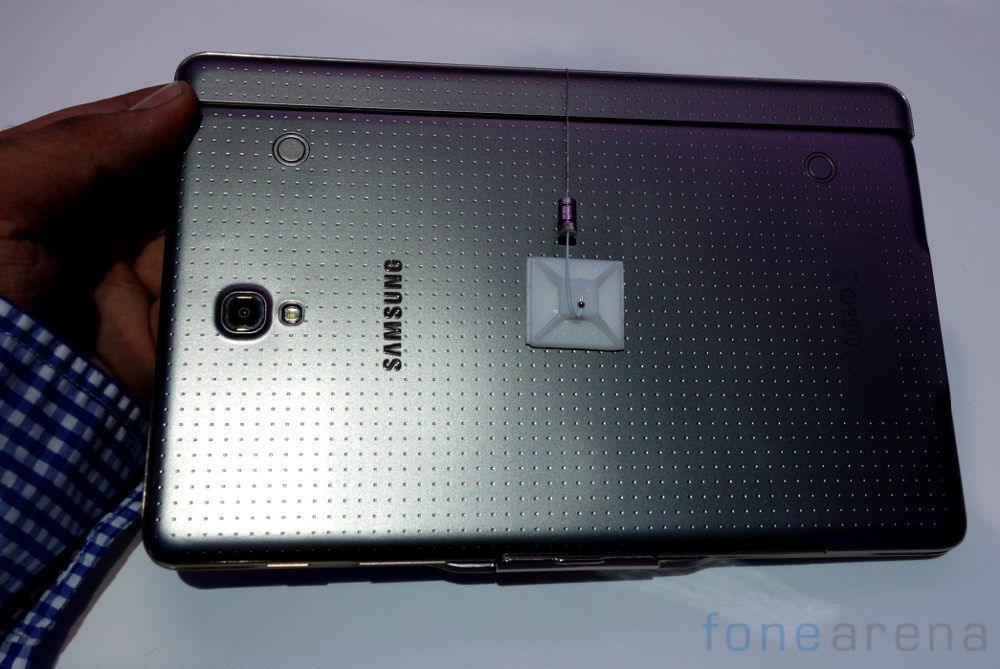 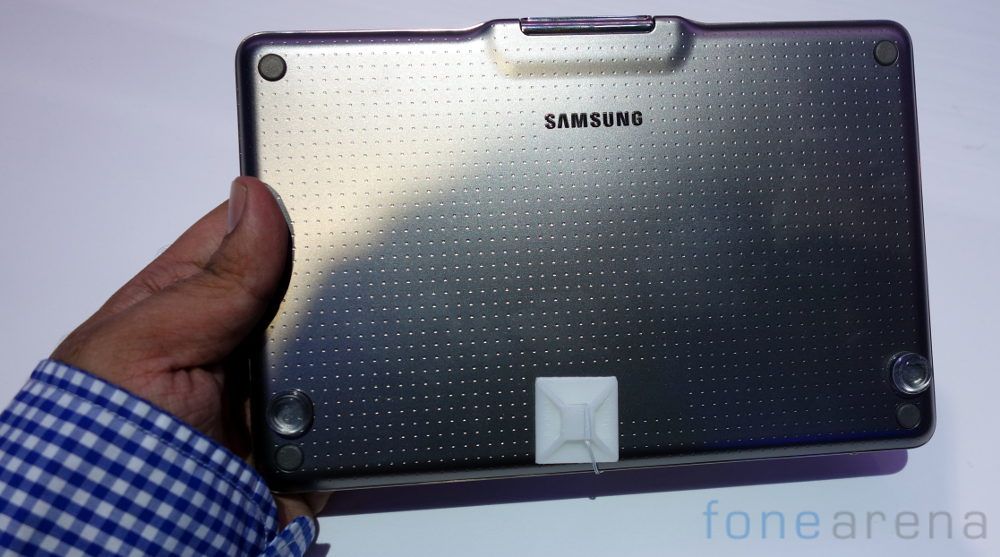 We managed to spend sometime with the device and we made a eyes on video which you can check right below.