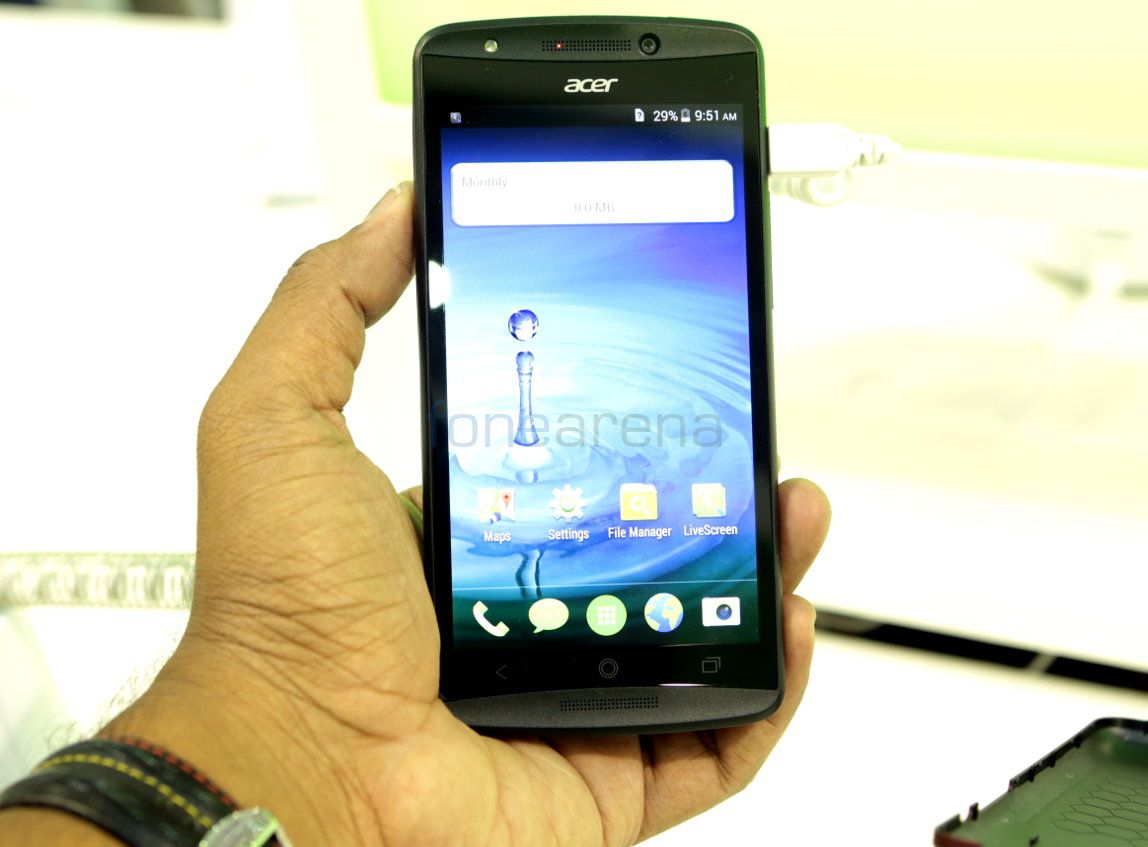 The specifications of the Acer Liquid E700 are as follows

You can check out the quick hands on video right below.

The main highlight of the phone is on its back behind the back cover. The Acer Liquid E700 houses three microSIM card slots allowing users to use it as a triple SIM device which is kind of crazy and cool. 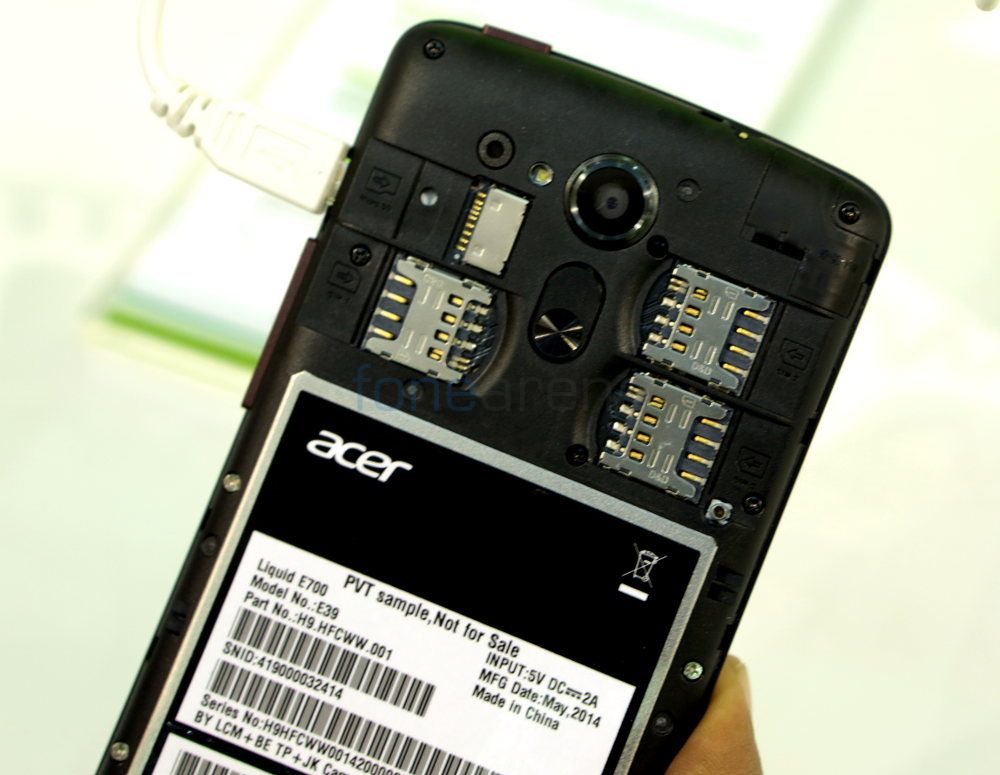 The other features of the phone are quite normal with a 5inch HD display, a quad core MediaTek SoC, an 8MP camera on the back. It runs the latest version of Android – KitKat 4.4.2 and comes with a 3500mAh battery to support three SIM cards. 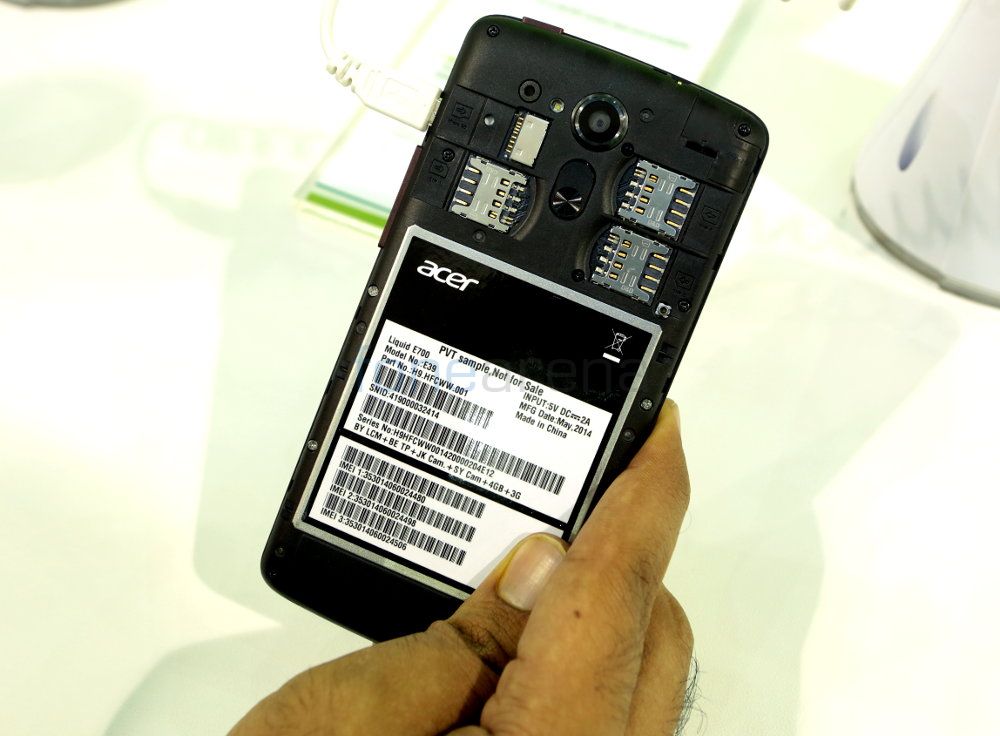 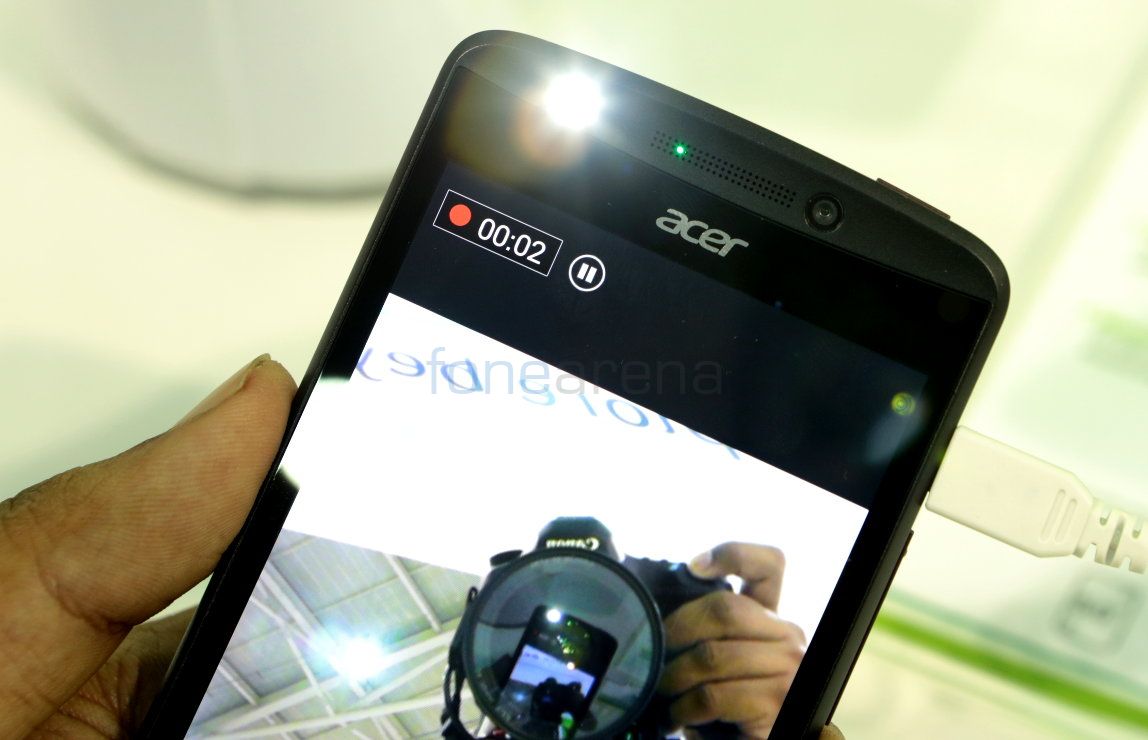 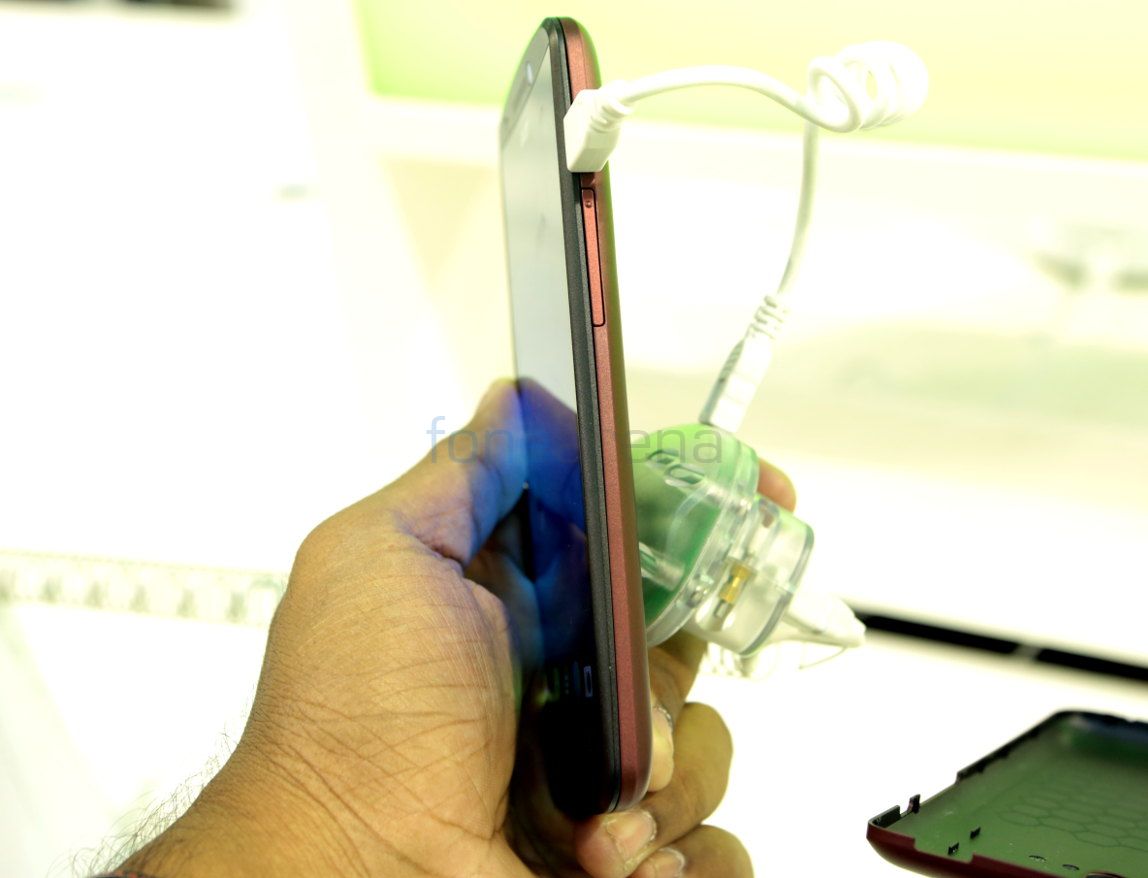 Overall, the Acer Liquid E700 seems to be a pretty interesting device mainly because of its triple SIM capabilities. Lets see how that works out for the consumers. 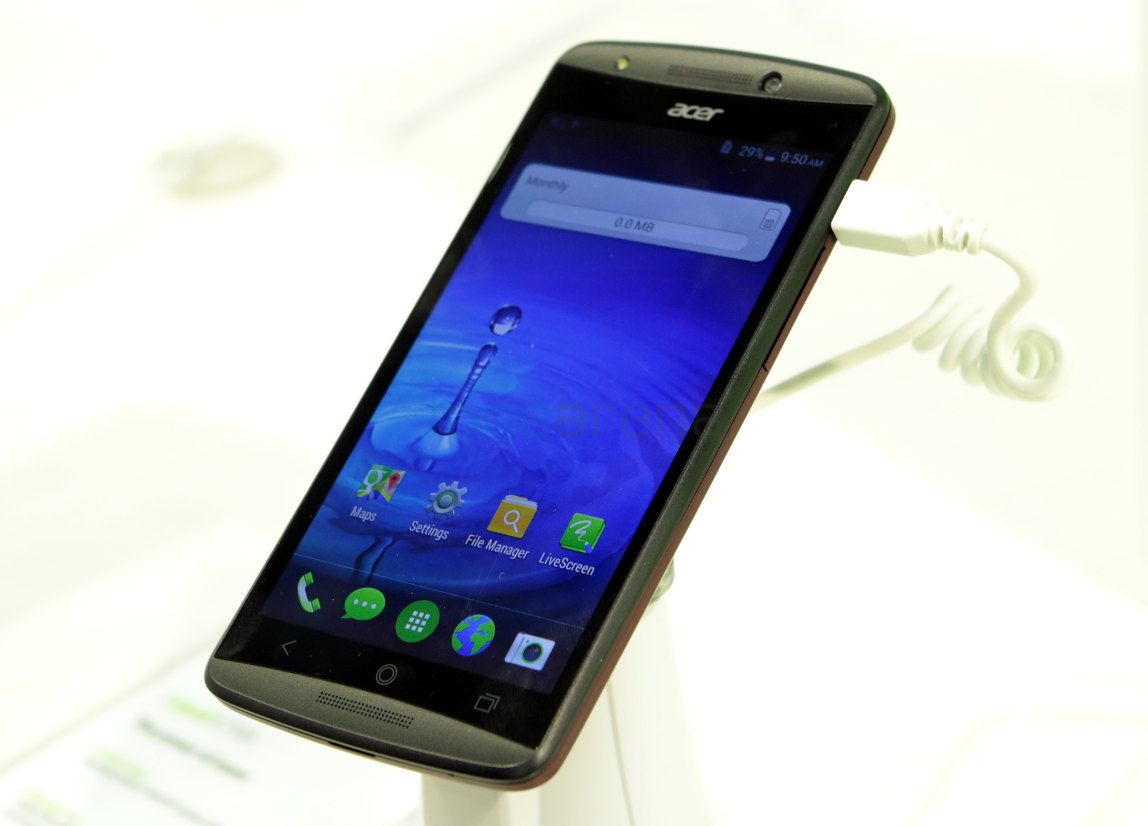 Monish Kumar contributed to this report