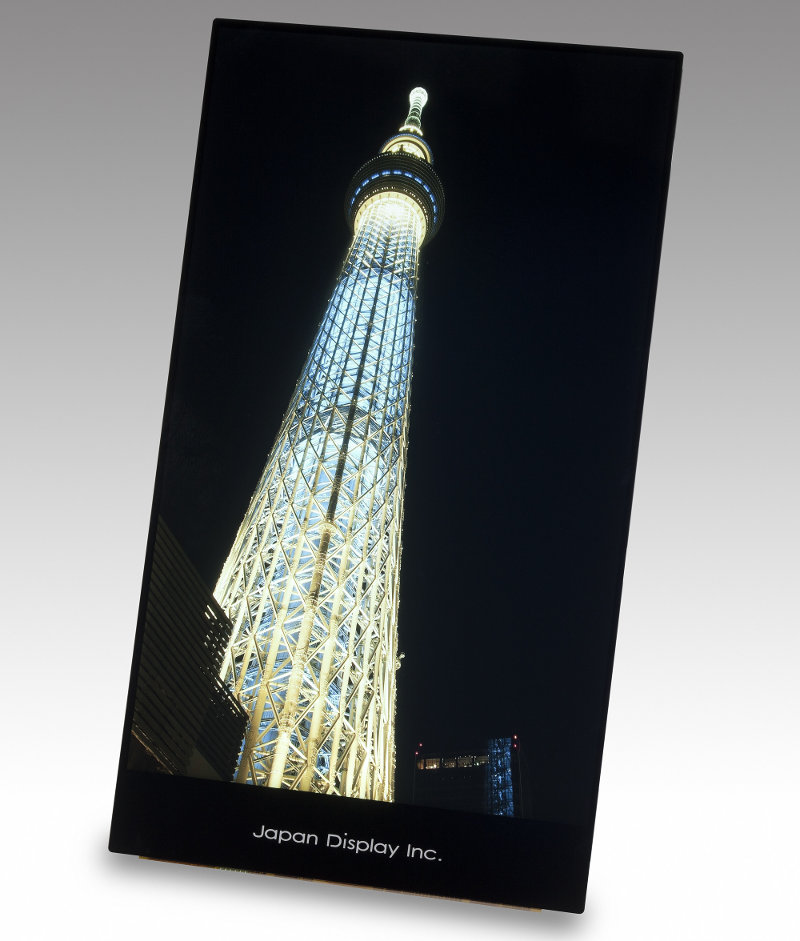 Japan Display Inc. has announced a 7-inch wide QXGA (1600 x 2560 pixels) LCD panel for tablets. This LTPS (Low temperature polysilicon) type display has a new WhiteMagic technology that promises low power consumption and high visibility under sunlight. This uses edge-lit method, in which the LEDs are placed at the edges of the lightguide plate. This can reduce the module of up to 1.16 mm. We had already seen this WhiteMagic technology on the Sony Xperia P, but this also uses new local dimming backlight along with this.

It uses red, green blue and white (RGBW) sub pixels, in which the light can also be filtered through the white sub pixel, to represent a true white. This lets the display control the backlight more efficiently through the combined use of WhiteMagic and the local dimming backlight, thus reducing power consumption by 20% compared with conventional WhiteMagic modules, says JDI .

JDI will showcased the new display at the SID DISPLAY WEEK 2014 in San Diego, California next week. It is not clear when we can expect this display panel on tablets.