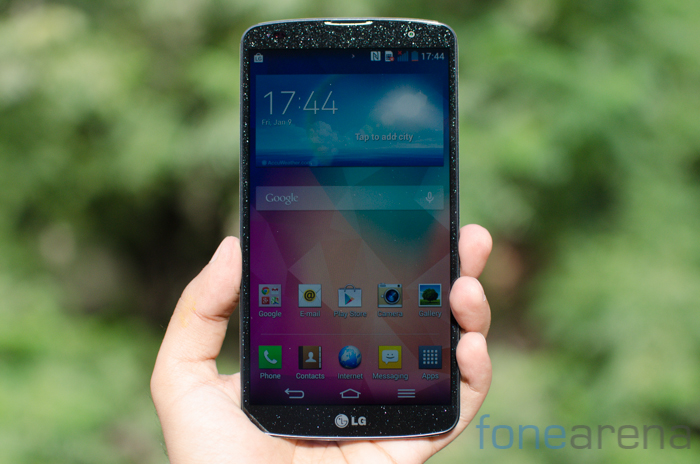 Last year’s LG G Pro was the Korean company’s push into the phablet category with high end specifications and practically anything you might need in a smartphone thrown under the hood. Unfortunately the phone was let down by inconsistent software. Owing to consumer trends, the successor has grown bigger still. While we’ll take a look at the over all improvements in the device in our full review, let’s take a brief look at the device’s performance in synthetic benchmarks first. 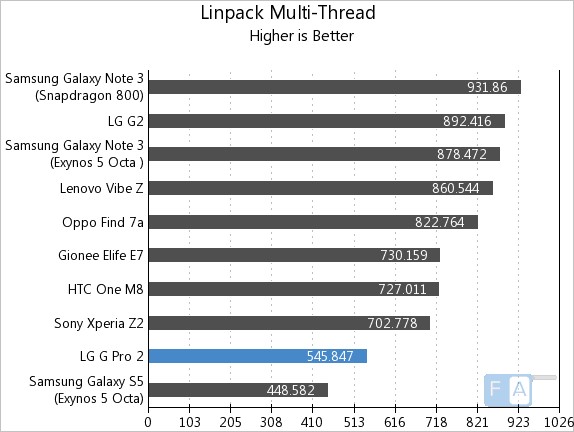 In the Linpack benchmark, the phone scores 545.847 points which places it above the Indian Exynos 5 Octa based Galaxy S5. Most other handsets handily surpassed it though. 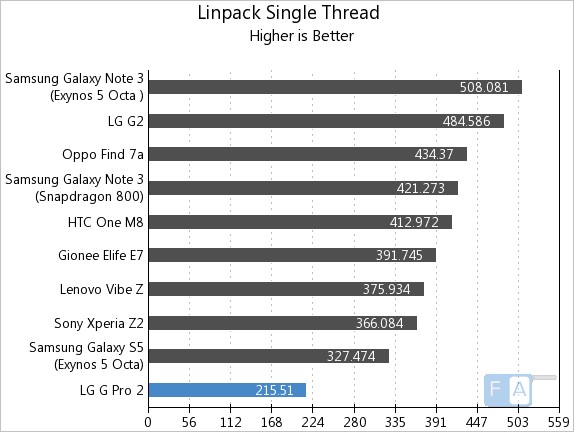 In the single threaded Linpack test, the phone was at the bottom of the ladder with 215.51 points. 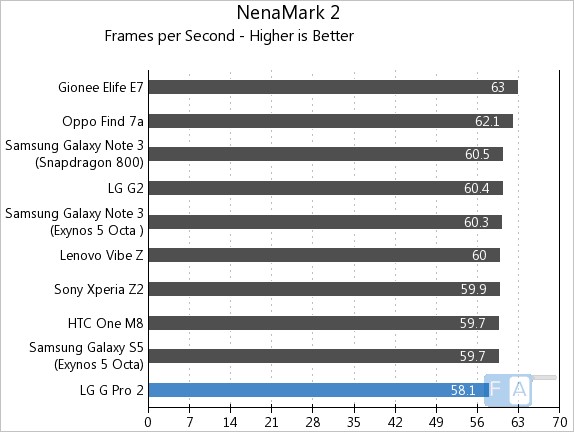 In the NenaMark 2 benchmark, the phone scored 58.1 points and once again ranked at the bottom of the ladder. 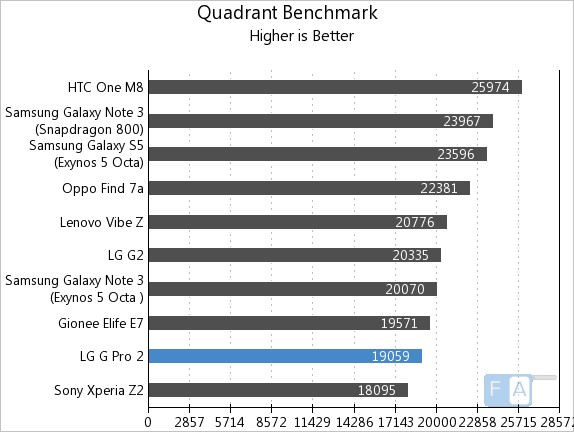 The LG G Pro 2 scored 19059 points in the Quadrant benchmark that measures CPU performance. The phone scores above the Xperia Z2 but lags behind most of the competition. This can perhaps be owed to using a lower clocked processor chip. 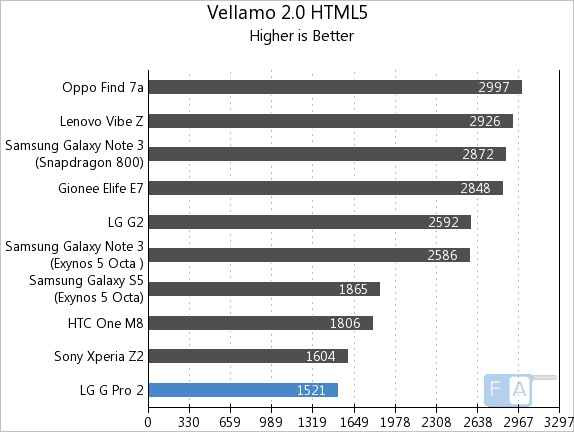 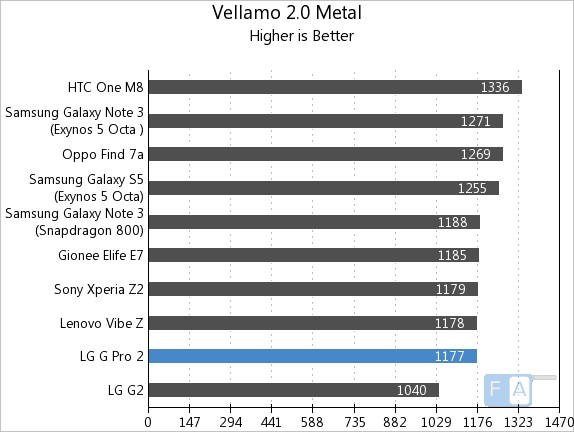 The LG G Pro 2 scored 1177 points in the Vellamo 2.0 benchmark and once again was placed near the bottom rung of the ladder. 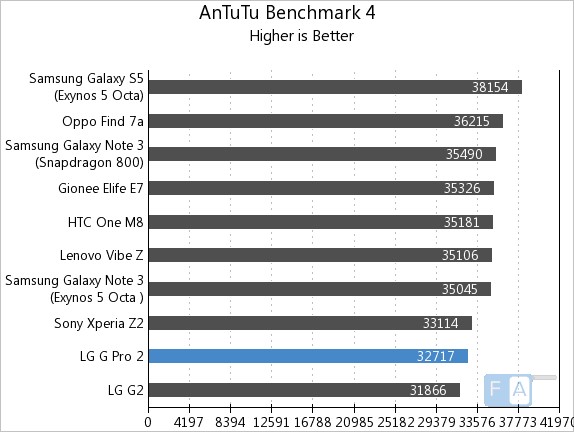 In the AnTuTu benchmark, the phone scored 32717 points. The AnTuTu judges complete system performance and the phone ranked well below the leaders. 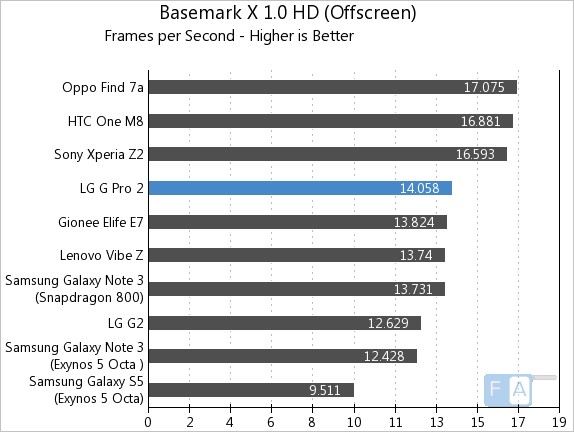 Basemark is a GPU centric benchmark. In Basemark X 1.0 HD (Offscreen), the phone scored 14.058 FPS because of which the phone is placed right in the middle of the competition. 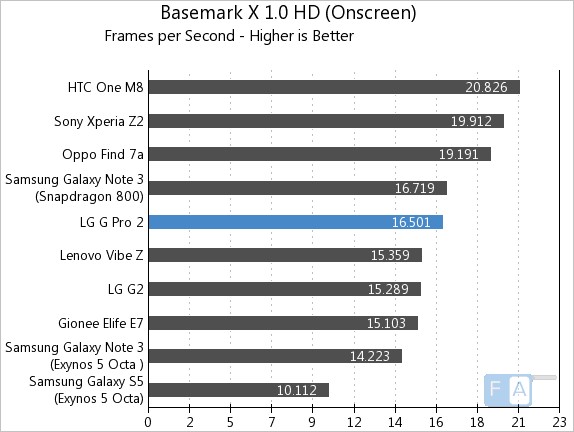 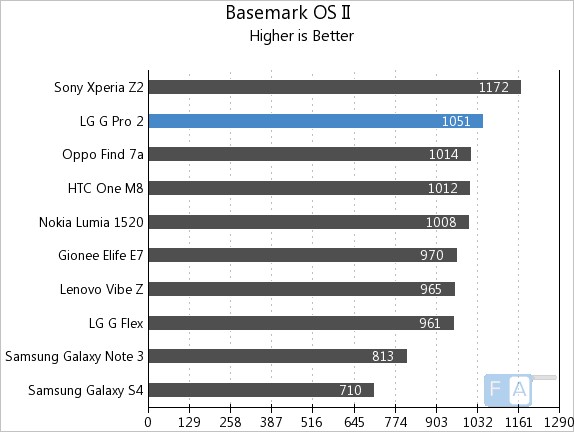 In the Basemark OS II benchmark, the LG G Pro 2 scored 1051 points and ranked just below the leader ie the Xperia Z2.