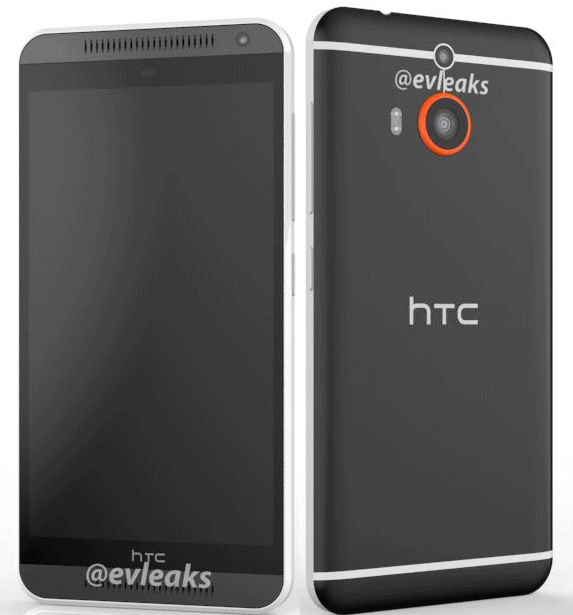 HTC M8 Prime that has been rumored for the past few weeks has surfaced in a 360-degree render from @evleaks. According to recent leaks from the leakster @evleaks, the HTC M8 Prime is made of unique aluminum-silicon material, has Cat. 6 LTE support and would be the first HTC device to run on new Sense 6.5. Check out the leaked render of the phone in 360-degrees.

According to earlier rumors, the HTC M8 Prime would feature a 5.5-inch WQHD (1440 x 2560 pixels) display, Powered by a quad-core Snapdragon 805 processor with 3GB of RAM. As seen in the images, it has the Duo camera arrangement, similar to the M8.

HTC M8 Ace surfaced in a blurred image from @evleaks last month and was rumored to come with plastic unibody build and a cheaper price tag. A new image of the phone has surfaced on a Chinese website that reveals the curved body of the phone. According to the leaked images, it has only one camera on the back with LED flash and the power button has been moved to the centre, on the top.

According to earlier rumors it would have the same 5-inch 1080p display and powered by a quad-core Snapdragon 801 processor, similar to the One M8. HTC recently teased on Twitter that something with “More beautiful curves coming soon” that could hint at the upcoming HTC M8 Ace. Both the smartphones are expected to be unveiled later this year.