Xiaomi has announced an event in Beijing, China at Beijing National Convention Center on May 15th to unveil new devices on. The company has posted on Twitter that it would unveil new products at the event. The most expected Mi3S is likely to be unveiled at the event along with the MiPad that was leaked recently. 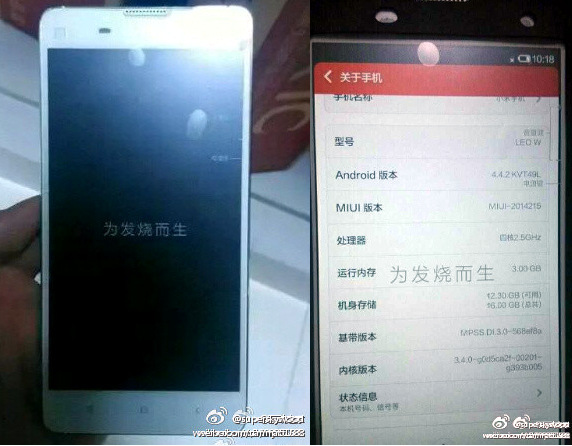 It is also rumored to come with 13-megapixel rear camera, 8-megapixel front-facing camera, 4G (FDD LTE / TD-LTE) support, 3GB RAM and 16GB of internal storage. The MiPad that surfaced couple of months back is rumored to come with 9 or 10-inch 720p display, Snapdragon 400 processor with Adreno 305 GPU and MiUI based on Android 4.3 (Jelly Bean).

Xiaomi could also unveil a new MiUI ROM based on Android 4.4 at the event.