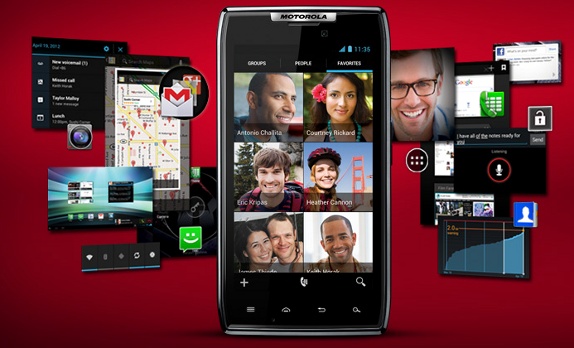 Motorola has released Android 4.0 demo videos. It has completely new UI with new lock screen and it’s pretty much similar to the stock version of the Android other than the 4 shortcuts like phone and messages in the lock screen instead of 2. The background wallpaper is the same as the original Razr and the icons have been changed. END_OF_DOCUMENT_TOKEN_TO_BE_REPLACED

Motorola has announced the Android 4.0 ICS update schedule for their Android devices.The Android 4.0 update is already available for WiFi Only version of the MOTOROLA XOOM in the US. It would roll-out for other devices globally starting from Q2 2012. END_OF_DOCUMENT_TOKEN_TO_BE_REPLACED