Nokia announced their first phablet – Nokia Lumia 1520 at the Nokia World event held in Abu Dhabi. Nokia Lumia 1520 is not only the first phablet from Nokia, but it is also the first Windows Phone phablet and the first Windows Phone device to run on a quad-core processor. Nokia is using the best quad-core chip in the market for it – Snapdragon 800. We bring you the hands-on comparison between Nokia’s first phablet and Samsung’s latest flagship – Samsung Galaxy Note 3. Samsung was the first to introduce the phablet category and now are in the third iteration of their flagship phablet while Nokia are just taking their first step in the phablet territory. 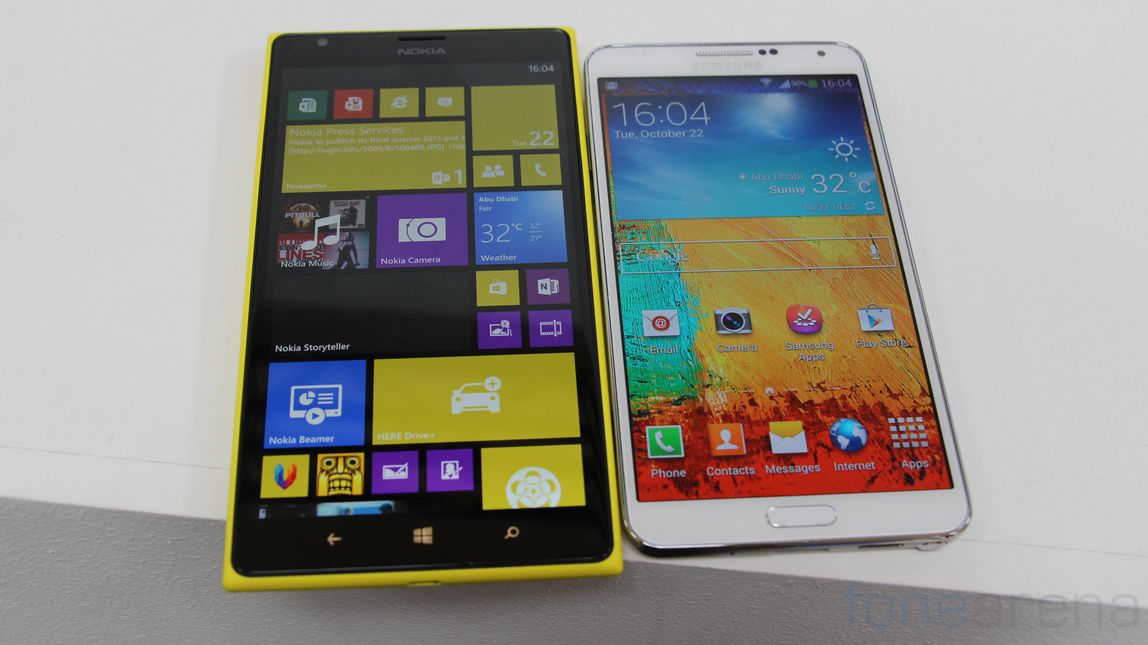 We made a quick hands on comparison video right from the event floor which you can check out right below.