Almost a year ago, I discovered the joys of using Audioboo for covering live events on Twitter. See, Audioboo is kind of the audio version of Twitpic for Twitter. You get 5 minutes of audio recording, and you can set that to be automatically sent to Twitter with a link to listen to the Boo. Quite simple, and when you want to get live impressions of people, it works wonderfully well. Except that there wasn’t a version for Symbian before and I had to use my iPod Touch and wait until I had WiFi around to upload my Boos, which defeated the purpose of its instantaneous approach.

Well, that problem is now solved as Audioboo has recently been launched in the Ovi Store, and after a few days of being limited to the UK only, is now available worldwide. 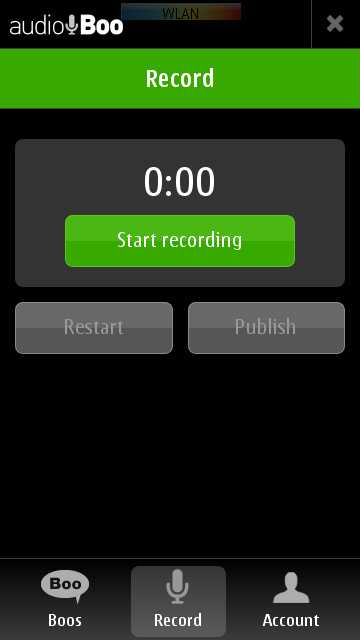