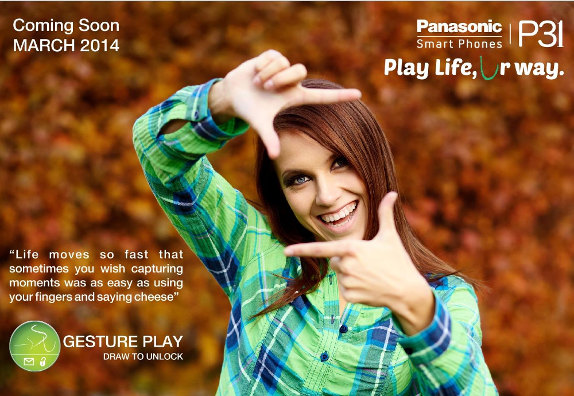 It has been more than four months since we had seen a smartphone from Panasonic India. The Panasonic T31 was launched back in October, the company has started teasing their upcoming Panasonic P31 smartphone with new software features in their new teasers. The phone would come with Gesture Play, a new unlock feature that lets you draw on the screen to unlock the smartphone and POP-I Player, a new multi-tasking video player. It might have more software features.

Panasonic did not reveal the specifications of the smartphone yet, but AndroidOS spotted a video teaser that reveals the specifications of the phone, before it was removed. According to the video teaser, the phone would come with a 5-inch (854 x 480 pixels) display with oleophobic coating for a smudge-free screen, 1.3 GHz quad-core processor, 8-megapixel rear camera and a front-facing camera. Panasonic would also offer free content worth Rs. 10,399 with the phone. 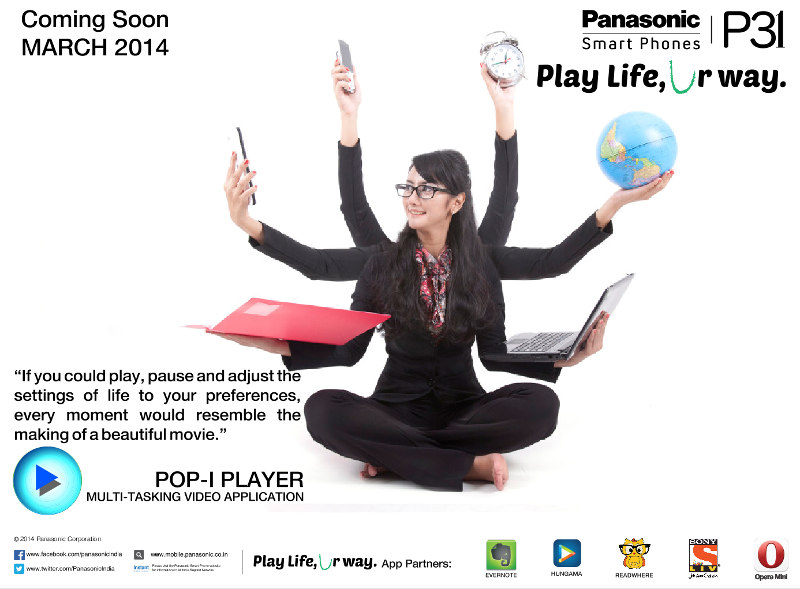 As you can see on the teaser, the phone would come with a range of pre-loaded applications such as Evernote note taking app, Hungama music app, Readwhere app to read magazines, newspapers, comics and journals, Sony LIV to watch Sony TV Serials and Opera Mini browser. The Panasonic P31 would launch in March, but the exact launch date or the pricing is not available yet.