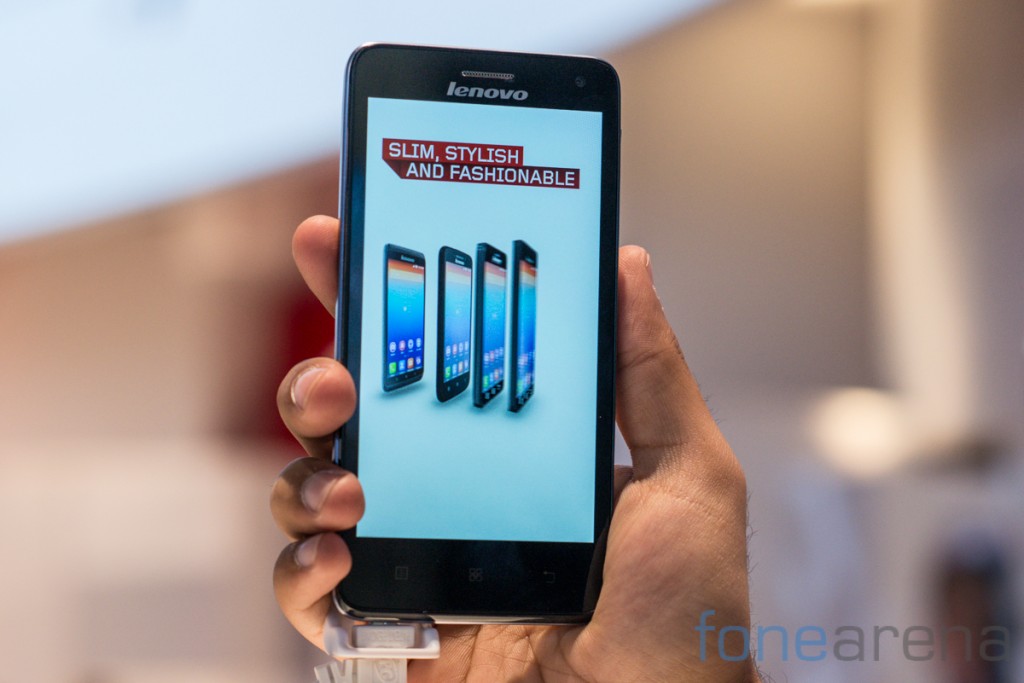 Lenovo introduced three new smartphones as part of their S lines of phones here at the Mobile World Congress. The Android handset brings mid range specifications to a budget price point. We take a brief look at the specifications and how the device feels in the hand.

The right side of the phone is where the volume rocker and power buttons lie. The phone has nicely rounded corners that feel good in the hand. The construction though is predominantly plastic. Powering the phone is a 1.3Ghz quad core MediaTek chipset which is paired with 1GB of RAM. The storage is limited to just 8GB but you can expand this via the microSD card slot. 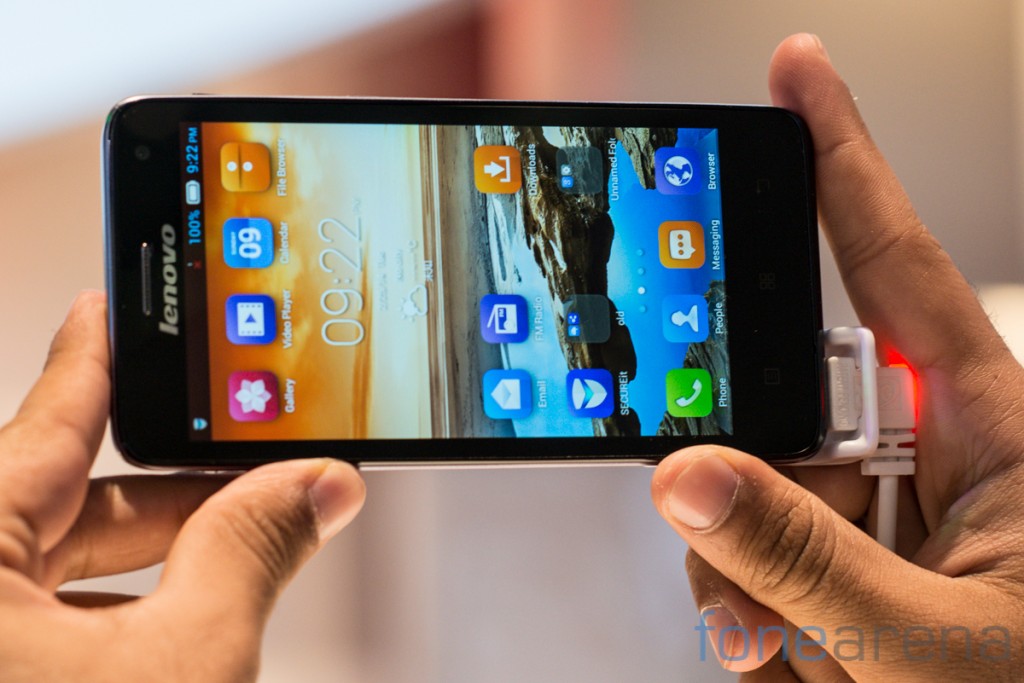 The screen is a 4.7 inch qHD (960×540) panel and has a pixel density of 234ppi. The viewing angles are beyond average and brightness levels can be cranked up quite high. The phone runs on Android 4.2 and is of the dual SIM variety. 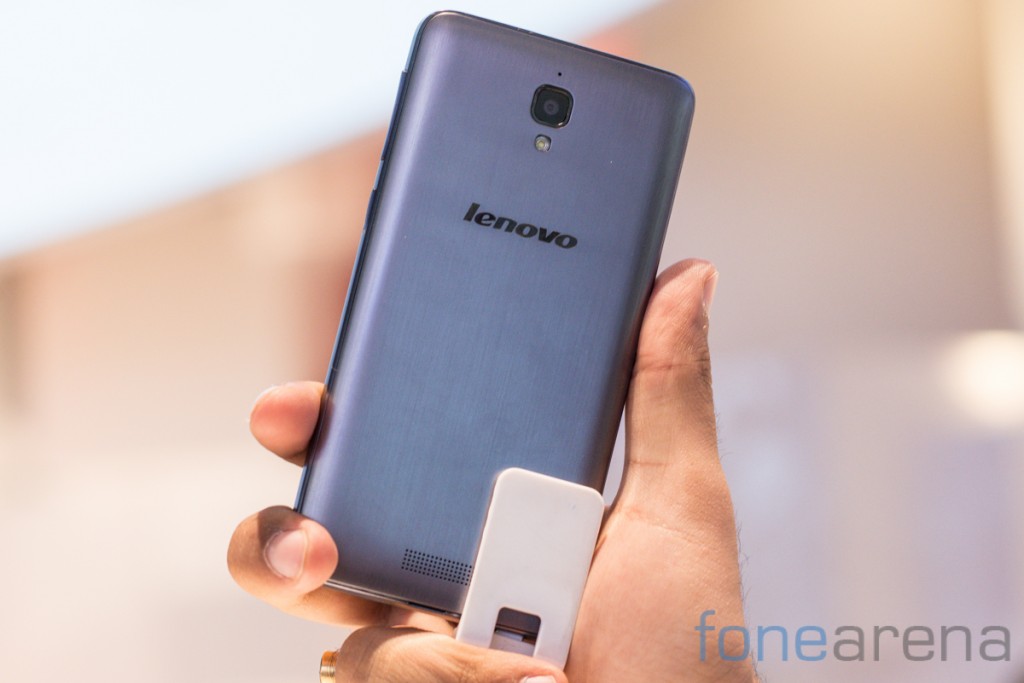 At the back of the phone is its 8MP camera module and next to it is a single LED flash. Overall we were suitably impressed by how well the device had been optimized. Lags were kept to a minimum though the real test will be once we put it through its paces. The phone will go on sale later this year at an undisclosed price point.