HTC is rumored to be announcing the HTC M8, HTC One successor, at the end of March 2014. A couple of days back, a photo revealing the back side of the phone was leaked online and today, we have a leak about its software from a more reliable leakster – @evleaks. 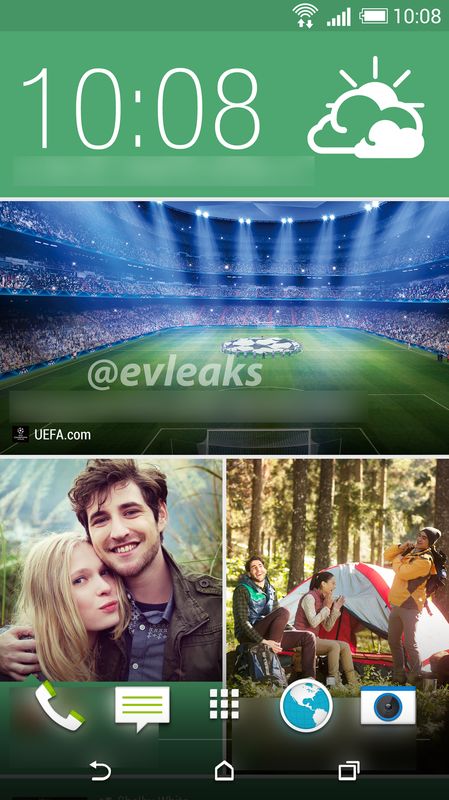 Evleaks twitter account has tweeted a snapshot from what could be the home screen of HTC M8. The dimensions of the screenshot are 1023×1820 which are close to a 1920×1080 Full HD resolution(the difference being taken up by on screen buttons). As seen from the screen shot, HTC haven’t done much with the UI and it closely resembles their existing Blinkfeed interface.

In terms of specifications, the HTC M8 is rumored to sport the following

These are the rumored specifications and only when HTC announces it officially, we can confirm it.