Samsung is expected to announce the next iteration of Galaxy S series sometime soon and there were early rumors that Samsung will be holding an event on Feb 23rd, but it turns out that they are holding the unpacked event on Feb 24th, just on the starting day of MWC 2014. The event invite tells us that this is Samsung’s Unpacked event 5 and it also mentions it as episode 1. The event will take place in Barcelona. 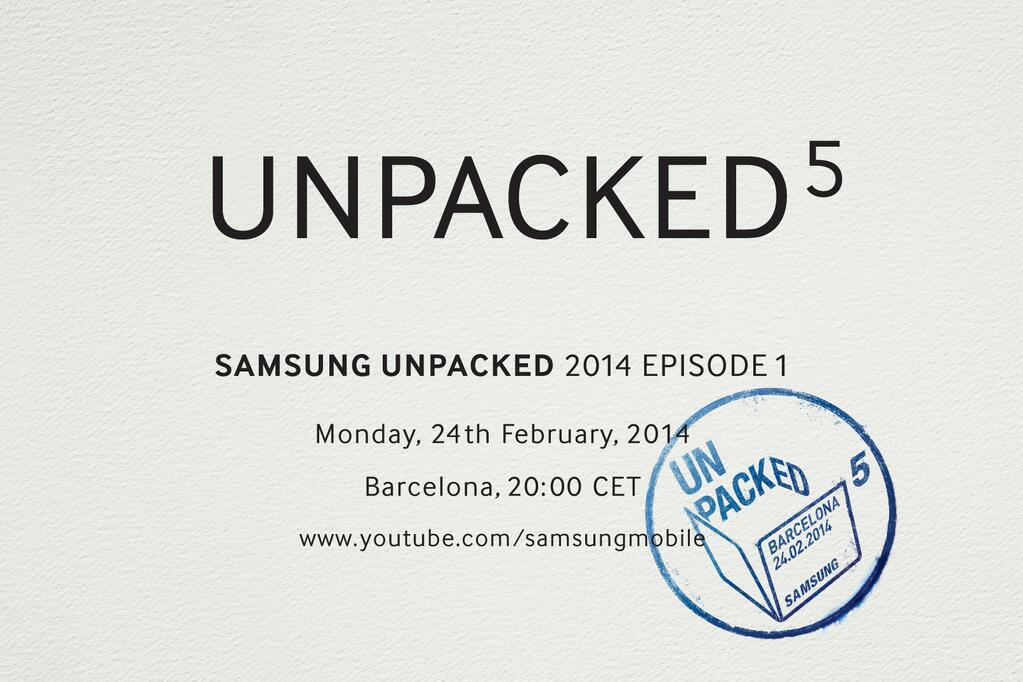 Samsung Galaxy S5 hasn’t visited the rumor mill physically yet, but the major specifications of the device have surfaced. Samsung Galaxy S5 will come with a 5.25inch 2K display sporting a resolution of 2560×1440 pixels and hence having a pixel density beyond 500. It is also expected to come with a 16MP camera on the back that Samsung has been developing. Among new features, it is rumored to include a fingerprint scanner.

Samsung Galaxy S5 is also expected to mark the beginning of a new tile based Samsung UI that will not be called TouchWiz. But with the recent Samsung and Google Patent deal and Google asking Samsung to tone down, we don’t know how far the customization goes. Alongside new UI, Samsung will also be unveiling a couple of new applications for Samsung devices and a revamped S-Health is expected.

So, what do you expect to see from the Samsung Galaxy S5? Let us know in the comments below.