Google Chrome apps for iOS and Android are coming, as the company has just quietly unveiled, in its Chromium blog, that it is finally ready to extend the reach of Chrome apps to mobile platforms. It was previously rumoured to happen, but Google remained quiet even after the news spread fast. But now that it’s official, it is seen as a landmark announcement, as this might be a strategic move for all things Google, going forward. With Chromebooks gaining ground in the notebook space, thanks to several OEMs backing it up with some really interesting products, Google is now taking the bustling platform to mobile. This is a move that the whole industry has been expecting, ever since Google replaced Andy Rubin with Sundar Pichai, the Chrome boss at the Mountain View company. Having developed a tool chain for packaging Chrome apps into native shells for both iOS and Android, this Google-blessed offering will be a dream come true for many developers.

Today we’re expanding their reach to mobile platforms with an early developer preview of a toolchain based on Apache Cordova, an open-source mobile development framework for building native mobile apps using HTML, CSS and JavaScript. 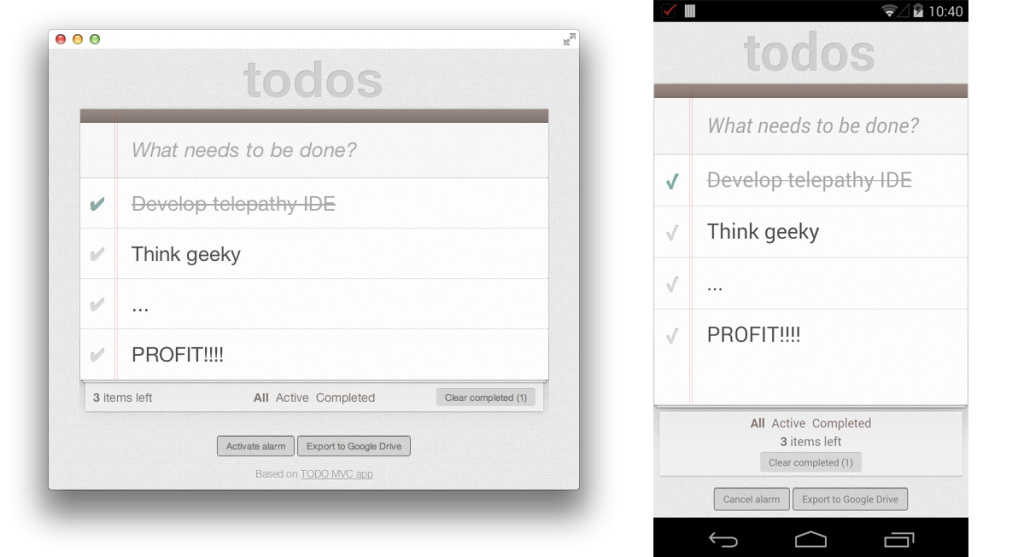 The image that you see above is an example of how a Chrome app can scale between two different form factors and platforms. Not long ago, Chrome apps gained the ability to run offline, which makes it all the more convenient for it to be on mobile now, where data connectivity is almost always a disaster waiting to happen.

The toolchain wraps your Chrome App with a native application shell and enables you to distribute your app via Google Play and the Apple App Store.

Technically, what Google have done is simple, packaging web apps into native shells is not unheard of, and is a common practice, but the most important takeaway here is that Google have released their Chrome APIs for mobile, and that’s a huge indicator of the things to come, we believe –

We’ve made many of the core Chrome APIs available to Chrome Apps running natively on mobile, including:

Apart from the ones mentioned above, developers will be able to access an even wider set of APIs supported by Apache Cordova. But seriously, all the technical jargon aside, let us ask this single question to ourselves – “What of Android apps now?” Hold on to that thought for a moment. We will be waiting for Google to show us the path, but if you have got anything to add, feel free to let us know in the comments section below. Again, this is certainly big news and we are totally looking forward to seeing where this goes.