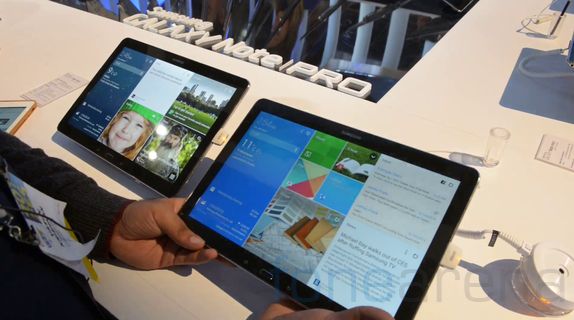 Samsung Galaxy Tab Pro 12.2 and Galaxy Note Pro 12.2 feature top of the range specifications as they are powered by a Octa-core Exynos 5420 SoC(Snapdragon 800 for the LTE variant), 3GB RAM and has 32/64GB internal storage. Both the tablets also feature a very high resolution 12.2inch display sporting a resolution of 2560×1600 pixels giving it a pixel density of 247ppi. The design language and build quality is quite similar to the company’s latest flagship – Samsung Galaxy Note 3 and is complete with a faux leather back. There is also an 8MP rear camera and 2MP front facing camera for video calls. There is a microSD card on both the tablets. 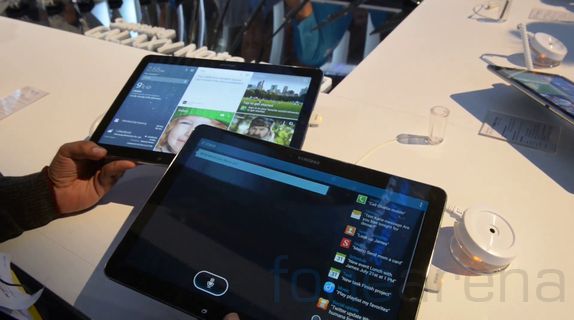 The specifications are exactly the same among the two tablets. The only difference between the two is that the Samsung Galaxy Note Pro 12.2 comes with a S-Pen Stylus which is great for note-taking and other creative tasks.