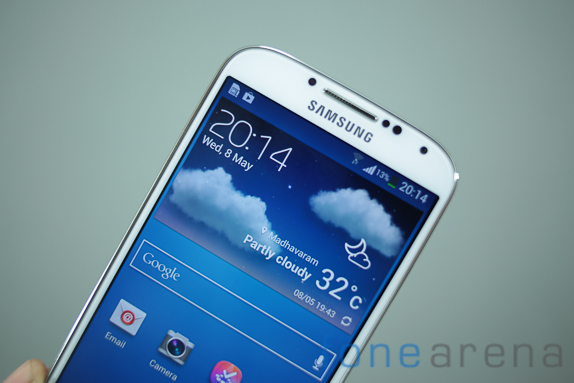 Other specifications are not available yet. The model number of the device is SM-G900S, so it might be Galaxy Round 2 since the first Galaxy Round smartphone with a curved OLED screen has a model number SM-G910S. It might also be the Galaxy S5, which is expected to launch in the first quarter of 2014.

LG announced a 5.5-inch 2560×1440 pixels Quad HD smartphone display few months back, but we have not seen any new displays from Samsung yet. Samsung already confirmed their plans to introduce 560ppi SuperAMOLED displays for next year and 4K smartphone displays in 2015. Sadly, the display size of this Samsung smartphone is not available. It might be a 5.25-inch display since the pixel density of a 5.25-inch 2560 x 1440 pixels display would be 560 ppi.

What do you think? Would you like to see the Galaxy S5 with a 2k screen?