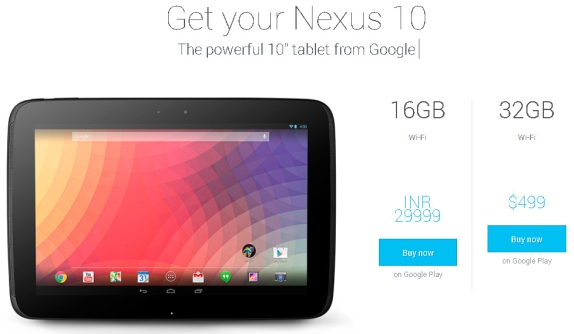 Currently the 16GB version is sold out in the US Play Store and says “We are out of inventory. Please check back soon”.  The 32GB version priced at $499 is still available for purchase. Again take this news with a pinch of salt as the store might be display the India pricing by mistake as we don’t have any official confirmation yet.