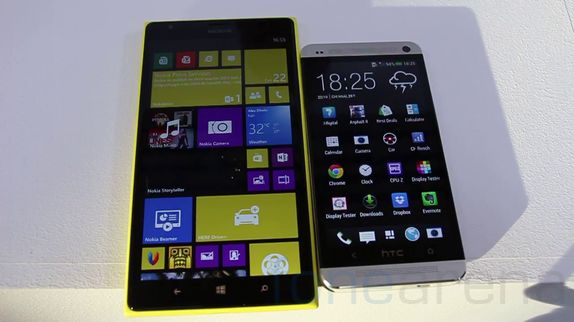 Check out our quick hands-on comparison video between the Lumia 1520 and HTC One right below. 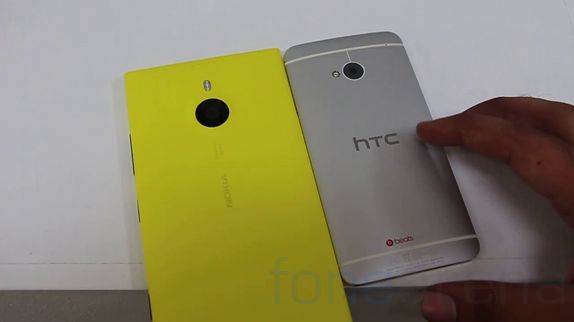 Nokia Lumia 1520 is powered by a Snapdragon 800 SoC with its four cores clocked at 2.2GHz, has 2GB of RAM and Adreno 330 GPU while HTC One is runs on a 1.7GHz Snapdragon 600 SoC, has 2GB RAM and Adreno 320 GPU. There is also a microSD card in the Lumia 1520 in addition to the 32GB internal storage while HTC One has just an internal storage of 32/64GB. In terms of camera, both the phones come with OIS(Optical Image Stabilization). But Nokia Lumia 1520 comes with a huge 20MP camera that produces 16MP images and over-sampled 5MP images while the HTC One has a 4UltraPixel camera. There is a dual-LED flash on the Lumia 1520 while the HTC One has a single LED flash.

What do you think of the two phones? Which one grabs your attention?