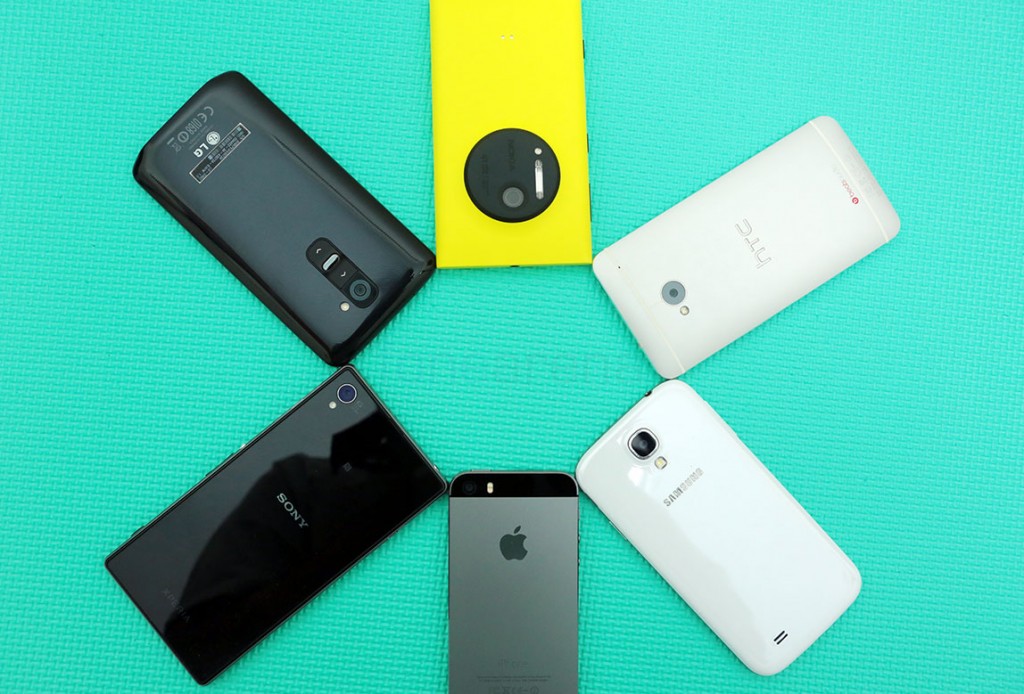 It’s been a week since we started our blind test polls for the “Best Smartphone Camera of 2013” and we have decided to reveal the line up and the results today. Why today? Well there are a couple of reasons for that. One, You, the readers have unanimously voted for Lumia 1020 as the best of the lot. Two, today is 10-20-2013(MM-DD-YY), and Nokia have decided to name this the International Mobile Photography day. So, we couldn’t find it any more befitting that the results be announced today. So, here you go, the line up and the results of our “Best Smartphone Camera of 2013” polls and all the full resolution samples.

As you know from our first post, the lineup we announced there was random and not with respect to the numbering of the photos in our crops. So, here it is, the 6 phones that represented the numbers!

Did you guess right? Lets now move on to the full resolution samples of each photo.

In this image, the Nokia Lumia 1020 and the Galaxy S4 are the closest to reality while the iPhone 5s is brighter than real. But we noted that the S4 underexposes the image a little bit, much like the G2 and the other cameras. In terms of details, the 13 MP cameras on the S4 and the G2 shine here, whereas the 1020 and Z1 are hampered by the oversampling process. There is also a slightly pink colour cast on both the Lumia 1020 as well as the Z1. Lets move on to sample 2.

Again, iPhone 5s seems to be brighter than the others and exhibits similar behaviour as the earlier one. Here, our pick of the lot is the Samsung Galaxy S4 which exposes the image perfectly and captures enough details. However the LG G2 does great too, with better rendition of text on the book. The Lumia 1020 is probably the cleanest here, with the Z1 losing out on the details at 100%, with both of them sporting a similar pink colour cast as the image above.

In this macro shot, the Lumia 1020 clearly stands out. Great bokeh, great colours and field of view, while the HTC One and the iPhone 5s come next in all those areas. The S4 does well too, but the G2 and Z1 couldn’t latch on to a perfect focus even after several trials.

As mentioned earlier, this photo was taken in complete darkness with just the flash turned on. The Lumia 1020 with its Xenon flash was obviously the brightest but that wasn’t even our consideration here, it was colour. It took a second to notice that the iPhone 5s, even with its dual colour LED was the only phone that was off in colours. An easy example would be the colour of the wall, let alone the palette. You can notice that the iPhone’s photo alone has a warm shade to it. Phones that disappointed us were LG G2 – Couldn’t lock focus in the dark and HTC One – Horrible low power flash. The S4 and Z1 were decent though.

Another extremely low light sample here. Lets talk about all the devices one by one. The Apple iPhone 5s is clearly an improvement over the 5 in this department, but still manages to catch a lot of noise and less light. The Lumia 1020 is the best out of all, with excellent colour balance, preservation of details and sharpness, all thanks to oversampling and OIS. The LG G2 surprised us here, with a bright capture thanks to OIS but the picture was a mess with untrue colours, mushy details and overall unrealistic look. The HTC One manages to capture details but with lots of noise and less of light, and arguably the iPhone is still better than this. The Galaxy S4 is a disappointment due to the non optimized Auto mode forgetting to switch to higher ISO and longer exposure for a dark scene. They have fixed this on the Note 3 with “Smart stabilization” though. The Z1, another phone with a big sensor and employing oversampling disappoints here with the softest photo of the lot, failing to meet our expectations.

And there you go, all the full resolution samples of the respective phones are out there for you to see and examine in detail. And finally, here are the results again.

You guys have chosen the Nokia Lumia 1020 as the best smartphone camera of 2013 and from the full resolution samples above, we can see why. The Lumia 1020 is indeed a really great cameraphone, only to be matched with the yesteryear 808 PureView for a real challenge. We can also see that the other manufacturers have caught up real fast, the iPhone 5s and the G2 impressing us with great photos.

So, what do you think of the results? Were you right on the guesses? Let us know in the comments section below!