Xiaomi, one of leading manufacturers of Android smartphones in China, have just announced that they have sold 100,000 Xiaomi Mi3 in less than 90 seconds of its launch. This news comes courtesy of Xiamoi Mobile’s Twitter account where they have mentioned that 100000 Mi3 devices have been sold in an exact time of 1 minute and 26 seconds. This clearly indicates a very high demand for the product. 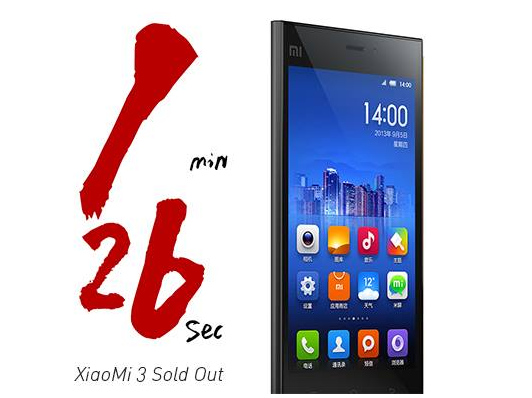 Xiaomi is regarded as the Apple of China as they tend borrow the design and presentation from the Cupertino giant for their products. Xiaomi is the Chinese company’s latest flagship and comes equipped with top of the shelf features. The specifications of the device are as follows