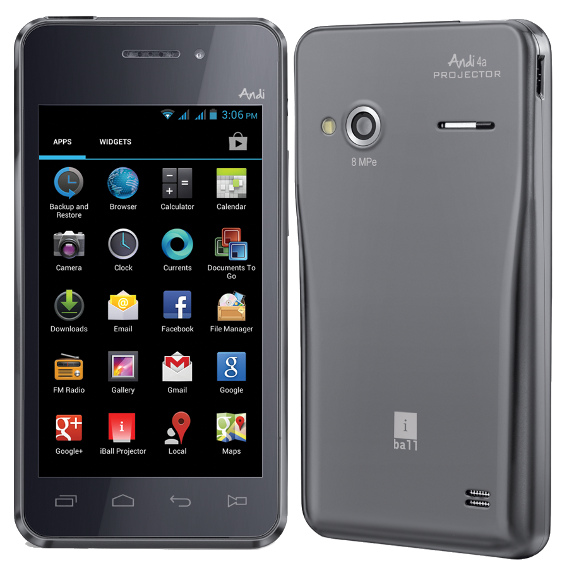 iBall had been teasing their projector phone for over a week. The iBall Andi 4a Projector has appeared on the official website. It has a 4.0-inch (480×800 pixels) display, powered by 1 GHz Dual-Core Cortex A9 Processor and runs on Android 4.1 (Jelly Bean). It has a 8-megapixel Auto focus camera with flash and a front-facing camera for video calling. It has 35 lumens projector that allows users to project  digital media instantly up to 10 feet or 120-inch wide at a distance of 8 feet in VGA (480 x 640 pixels) resolution. The projector has a contrast ratio of 1200:1. 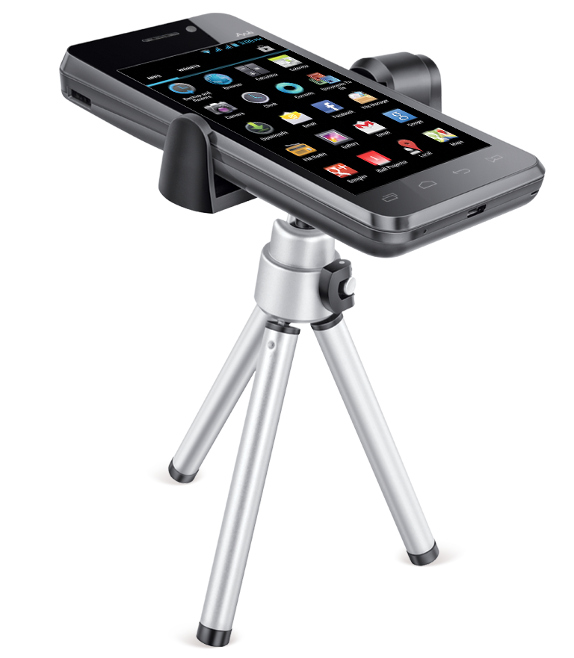 Intex was the first company to launch a projector phone back in 2010. Spice launched the Popkron M-9000 later in 2011. Even Samsung launched the Galaxy Beam last year. iBall says that the Andi 4a Projector is the first smartphone to offer 35 lumens projection.

The iBall Andi 4a Projector would be priced at an MRP Rs. 18,999 according to the official website. It also comes with a free tripod.