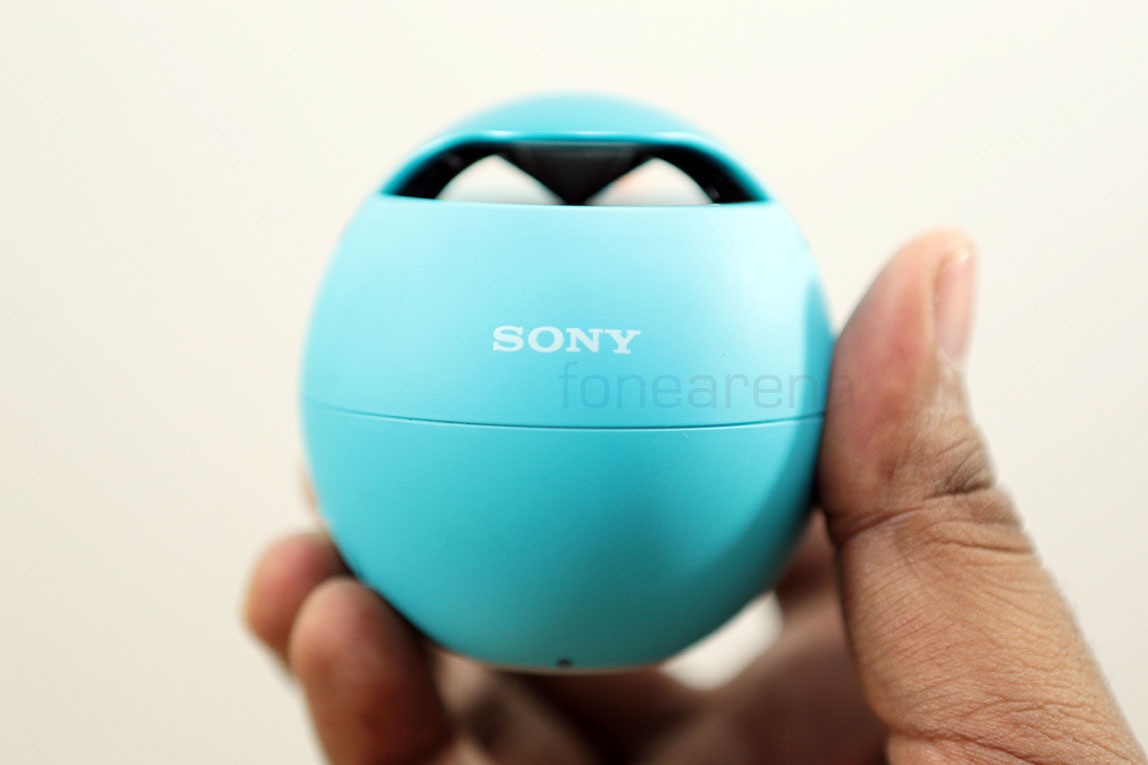 Sony has always been known for making audio accessories for its TVs and home entertainment systems, and to an extent, even for its yesteryear Walkman series of phones but it gradually reduced until recently when they released smartphone focused accessories. These devices were launched to complement the new Xperia smartphones that come with the built-in NFC functionality. One of those accessories launched is the Sony Wireless NFC speaker codenamed SRS-BTV5(priced at Rs. 3,990) that works with any smartphone with Bluetooth A2DP. We got the cyan version of this spherically shaped wireless speaker and unboxed it for a video demo, watch it – 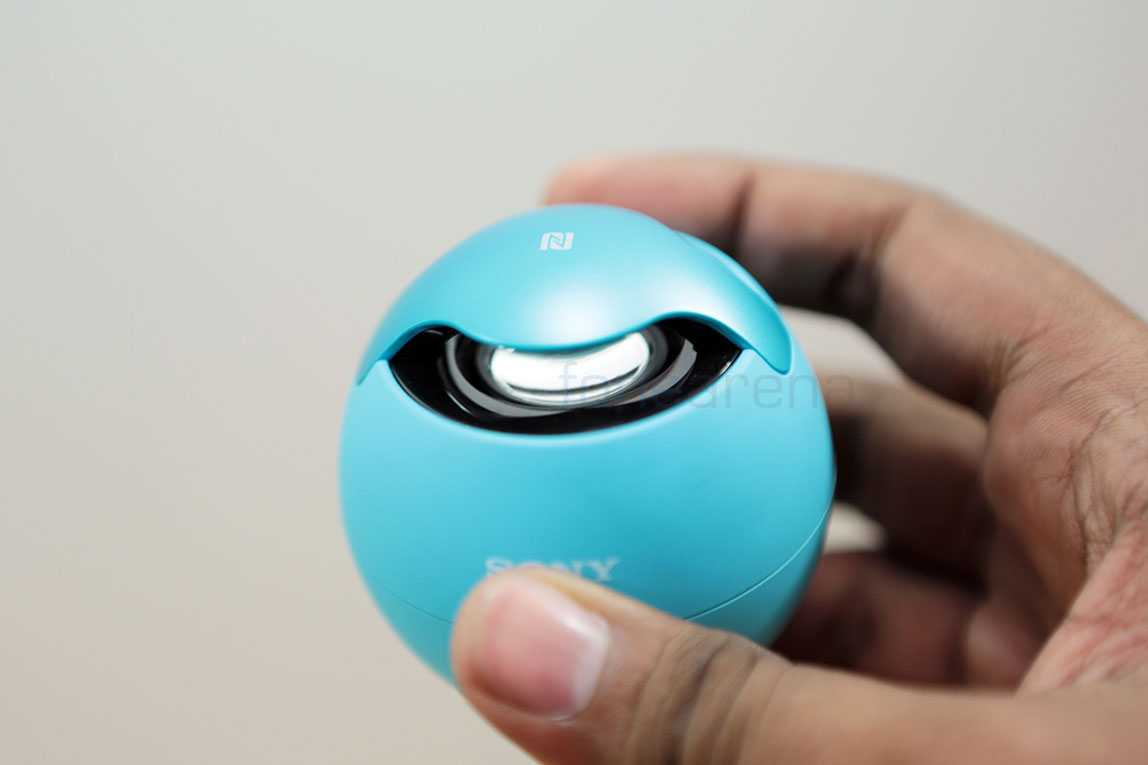 The ball-shaped speaker is a weird looking speaker, but works really well. The speaker has a 360 degrees circle sound technology, something similar to the Nokia Play 360 speaker that boasted of surround sound. The speaker though actually faces upwards and is located below the NFC tag on the top of the sphere. 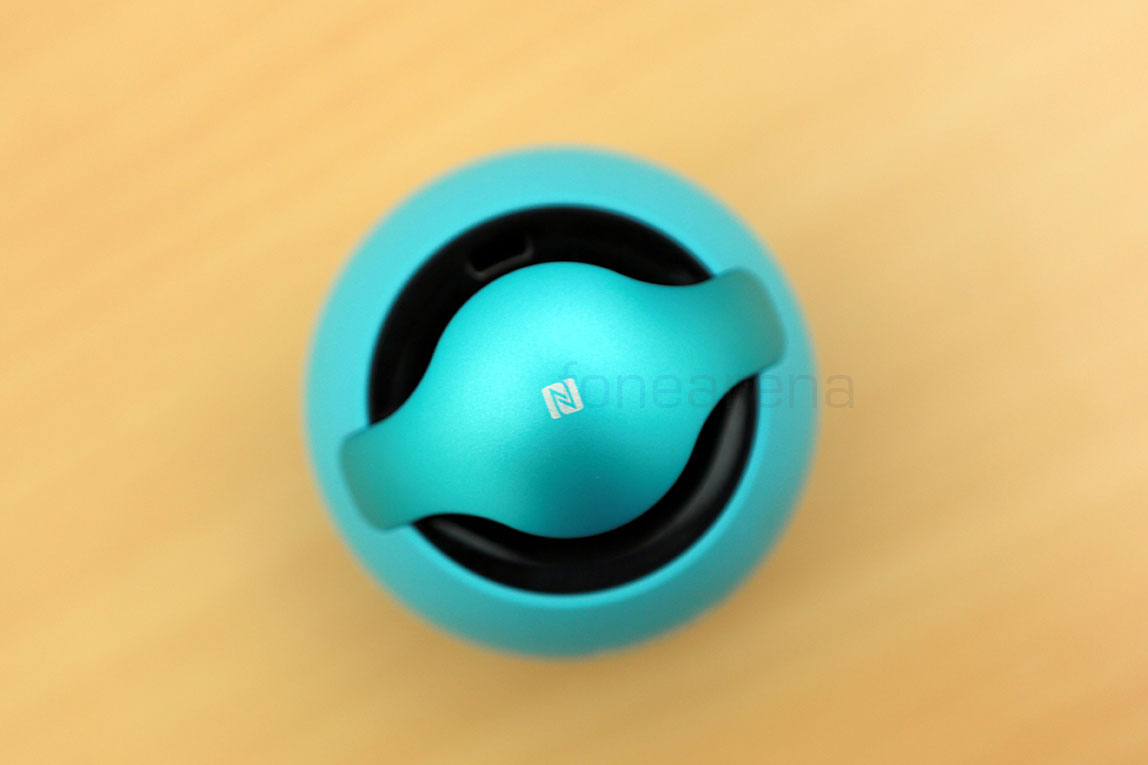 The NFC tag works with any NFC device and can instantly pair the device with the other over bluetooth. Sony promises around 5 hours of continuous music playback, which is quite decent for a speaker this size. 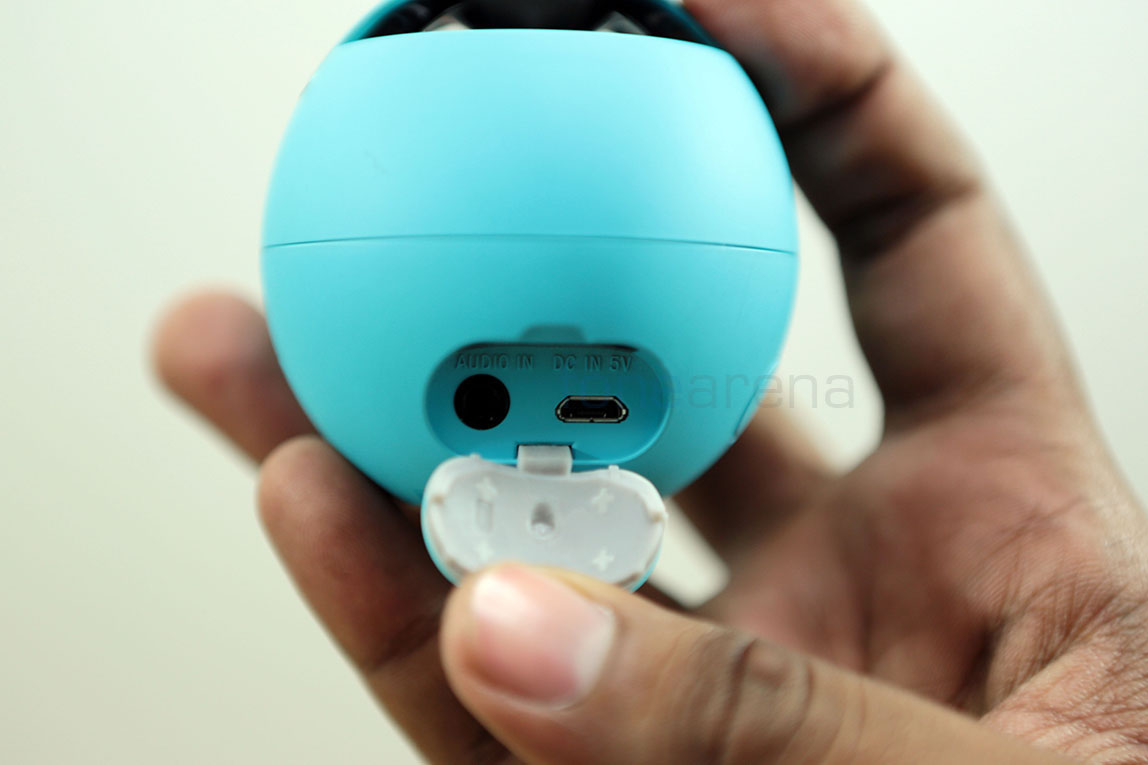 There are ports on the back of the sphere, which are covered by a flap. It has a Audio IN port and the micro USB cable for powering/charging the device. The Audio IN acts as the auxiliary input from other devices through a 3.5mm cable, which comes in quite handy if you don’t have bluetooth on a device like, say, your good old music player.

Over at the sides, you have the volume controls on one and the call answer/cut button along with the mic on the other. The volume controls are for the speaker and do not control the device volume, unlike other BT devices we have used. The bottom of the device has a slider spring loaded switch with three options. Sliding to the right turns it on, and holding it there activates the Bluetooth pairing facility, so that your non NFC device can pair with the device. There are two LEDs at the bottom, one for BT connectivity status and the other for charging/power. The switch slides to the left to turn the device off. That concludes the hardware overview of the Sony SRS-BTV5 wireless speaker. 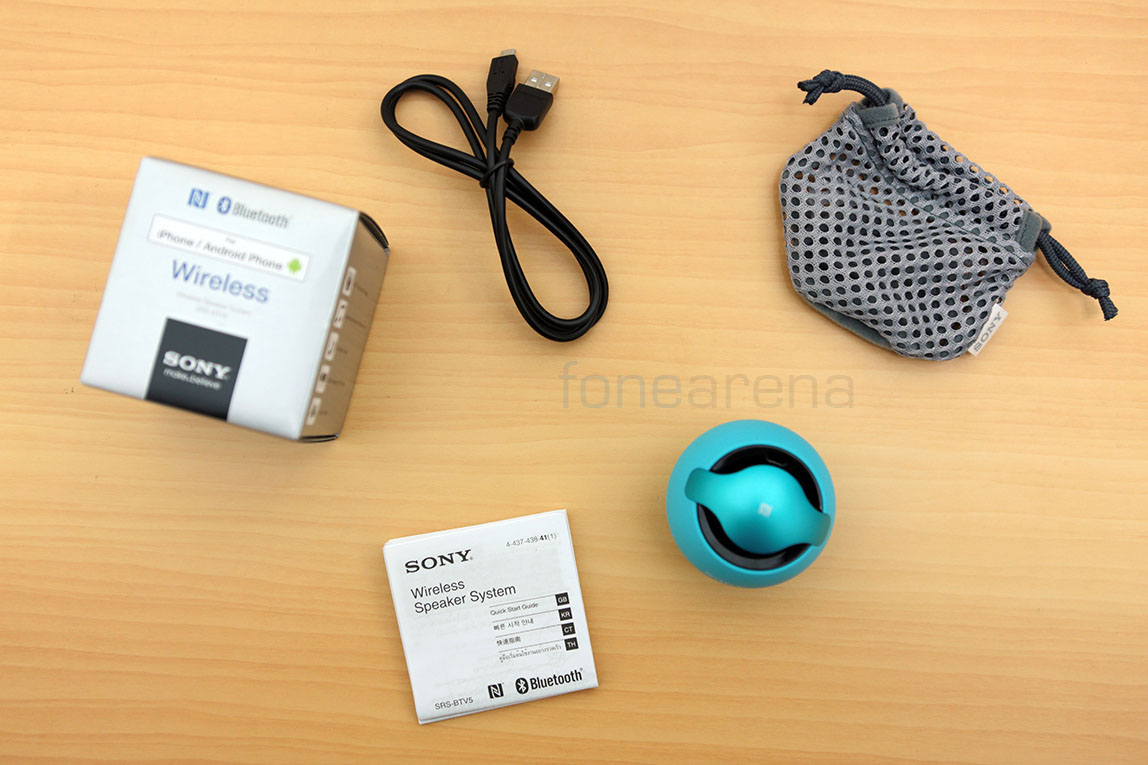 Other box contents that came with the speaker include the carrying pouch, the micro USB power cable and a user guide in various languages.

Regarding sound quality, we feel that the Sony SRS-BTV5 is excellent, with a distortion free loud experience that easily fills the room. We tried out various kinds of songs on the speaker and all turned out pretty well, considering they all had a different range of frequencies and bass. In the end, we feel that the SRS-BTV5 is a quality product and since we have it with us, do let us know if you have questions about the Sony wireless NFC speaker, in the comments section below.