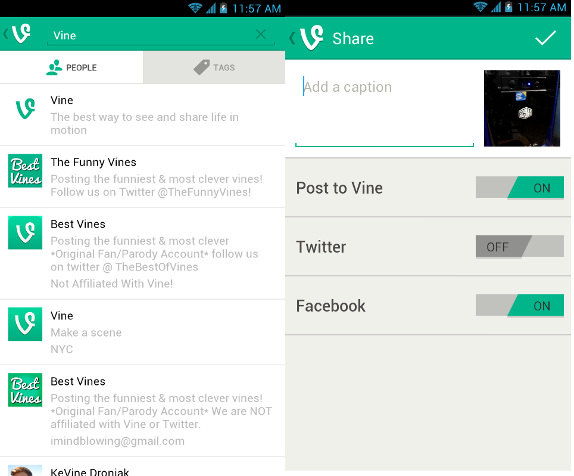 Twitter released the Vine video sharing app for Android earlier this month. The app has been updated to version 1.1 that brings option to search for people and hashtags and  ability to share to Facebook . This also improves the capture speed, quality and better audio/video sync. It also has several bug fixes and UI improvements, says the changelog. Option to use the phone’s front-facing camera and option to tag people in your post are not available yet. Vine 1.1 for iPhone got an update last month that brought option to use the front-facing camera to record videos and tagging function.

Download Vine for Android (4.0 or later) from the Google Play for free, if you don’t have it yet.