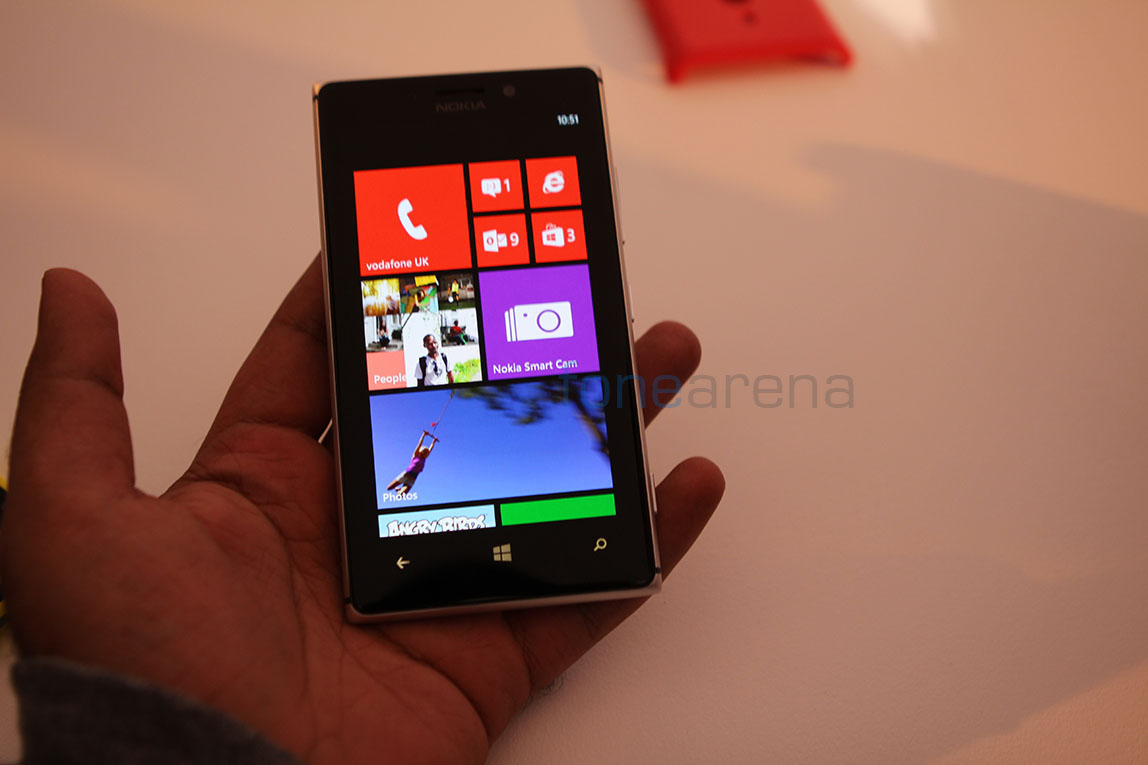 The 4.5 inch display is a nice AMOLED screen but sadly only sports a resolution of 1280×768 pixels. But still pictures look pretty good on the display and considering the screen size is not too big , the resolution is not too bad.The phone is relatively light weight at 139 grams compared to the Lumia 920. It is also a lot thinner at 8.5 mm. In terms of the internals , the 925 packs 1 GB of RAM and is powered by a 1.5GHz Dual-core Qualcomm Snapdragon CPU. There is 16GB of inbuilt memory on board and there is no microSD card slot. There is 7GB of free Skydrive cloud storage though.

The camera is a 8.7 MP sensor on the back and a 1.2 MP wide angle front facing camera. The rear camera seem pretty impressive from our limited time with the device.It is surely a huge step from the Lumia 920 in terms of quality and features the same Optical Image Stabilization for video capture in 1080p HD.

The right side of the phone has the dedicated camera key , the lock key and the volume key. The left side and the bottom are plain and smooth. The microUSB port, the microSIM card tray and the 3.5mm audio jack all sit on the top of the phone and is a small change from the 920. The loud speaker also is bigger and is present at the back below the pins present for the wireless charging cover.

As expected , the Lumia 925 runs on Windows Phone 8 with a lot of software enhancements from Nokia like smart camera and creative studio and the usual Nokia goodies like Maps and Music.

The Lumia 925 is priced at around 469 euros and launching in some markets in June.It is coming soon to India as well.