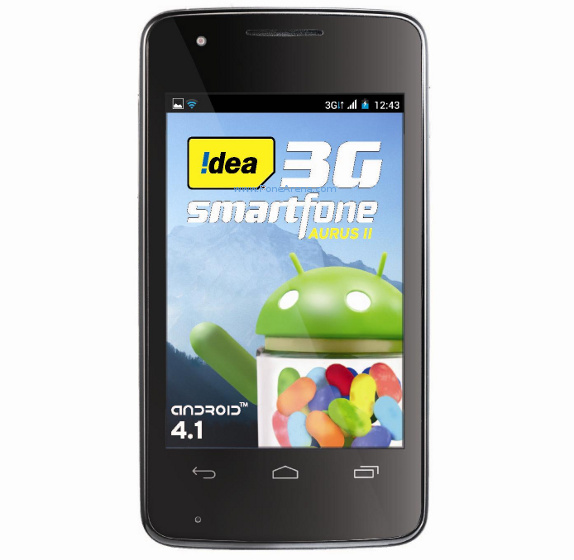 Idea Cellular has launched the AURUS 2, successor of the first AURUS phone that was launched last year. It has a 3.5 inch (320 x 480 pixels) capacitive touch screen display similar its predecessor, but this runs on Android 4.1 (Jelly Bean) and is powered by a 1 GHz processor, instead of 800MHz processor. It has a 3.2MP rear camera and a VGA front-facing camera for video calling. It is aimed at 3G users in semi-urban and rural markets. 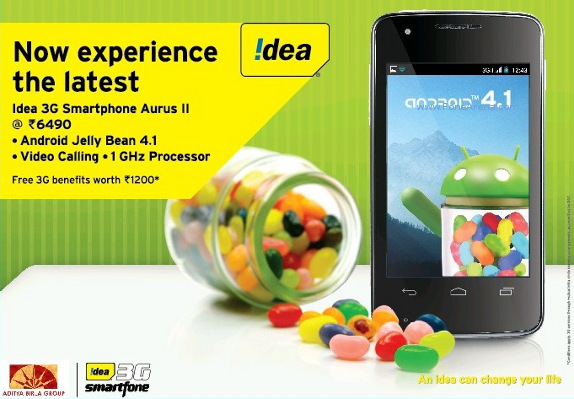 It has Dual SIM (GSM + GSM) support, 512 MB RAM, 4 GB of internal memory and expandable memory up to 32GB with microSD. The connectivity features include, 3G , Bluetooth and WiFi. It has Idea TV, Idea Mall and other Social Media Apps.

The Idea Aurus 2 is priced at Rs.6490 and is available from major mobile retail stores and Idea outlets across India. Idea users can recharge for Rs. 261 and get 1.6 GB of 3G data and Idea TV subscription free for the first 3 months worth Rs. 1,200.