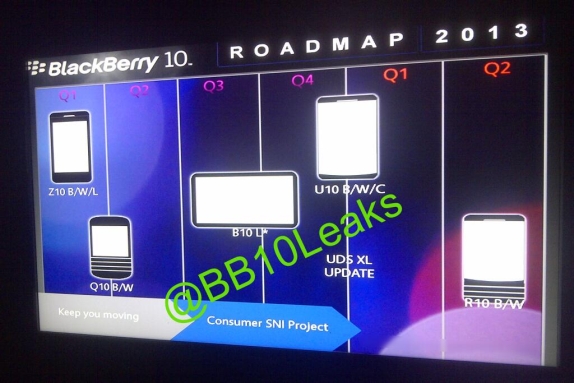 Looks like there is a new BlackBery 10 leak on the inter webs. The BlackBerry Z10 was the first BlackBerry 10 device to be launched along with the Q10  and it was leaked a lot before the official reveal on January 30th. Now some presentation slides have emerged which show a B10 L which might the first BlackBerry 10 tablet. Also we see a U10 which looks like a Phablet/Large screen device. There is also a device codenamed R10 which looks like the Q10 with a larger display. 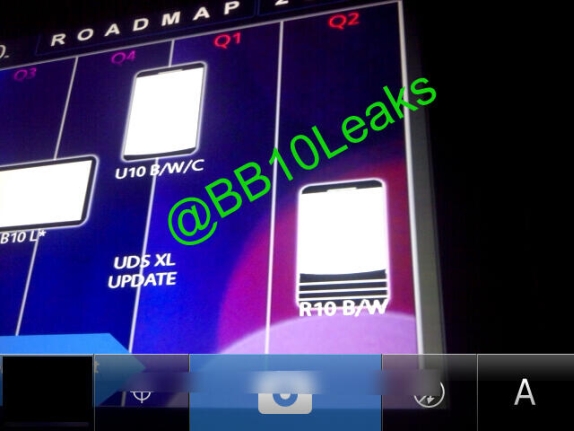 The BlackBerry Q10 which is the first BlackBerry 10 QWERTY device is expected to go on sale next month. Going by the dates on the slides , We might see a BlackBerry 10 tablet in Q3 and a large screen Blackberry 10 device codenamed U10 in late Q4. The R10 looks like a successor to the Q10 and might be unveiled only next year. We are not aware of the authenticity of the slides so take this news with a pinch of salt, might be someone’s photoshop work too ! But looks like BlackBerry has a plan in place for future BB10 devices.