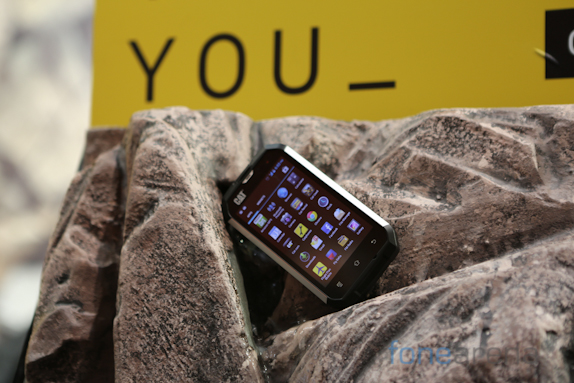 Caterpillar (CAT) has announced a new rugged smartphone called the B15 here at MWC 2013 in Barcelona, Spain. The phone is designed and manufactured by bullet under the Caterpillar branding.

Unlike manufacturers such as Sonim who claim that their phones can withstand any kind of weather, temperature and drops; CAT suggests that their phone is a rugged phone and not an “indestructible phone”. While this is true, we saw that the phone can take quite a bit of battering. 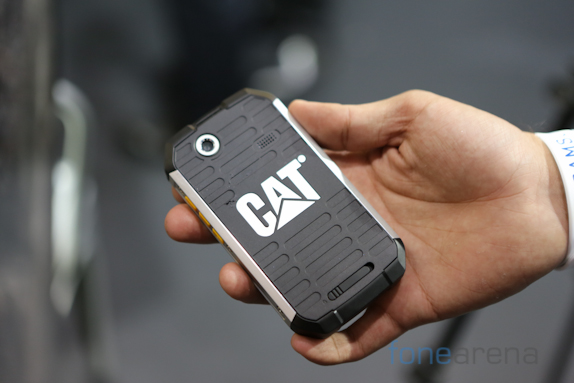 While we were at the booth we saw the phone being thrown around on the floor, onto walls and into water numerous times and the phone still lived to tell the tale. The device can remain underwater at a depth of 1 metre for upto 30 minutes and is impact resistant to drops upto 1.8metres high. There is a tight seal under the battery cover that prevents water and dust from entering and damaging the electricals. 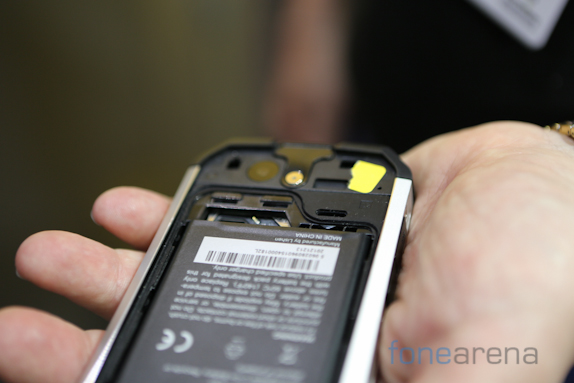 The Android 4.1 Jelly Bean phone is equipped with a 4 inch multi-touch Gorilla glass display. The display supports wet finger tracking although when we tried it out ourselves, it appeared to be a bit insensitive. Perhaps the final version will not have an issue with this. It is powered by a 1GHz Dual Core processor and has 2000mAH of battery to keep it running.

The 5 Megapixel camera on the back is capable of shooting 720p HD video and there is a VGA camera on the front for video calls. There’s 4GB of internal memory that can be further expanded using microSD cards. It also supports dual-SIMs however being a rugged phone, the SIM’s are not hot-swappable. Same goes for the microSD which is placed under the battery along with the SIM card slots. The phone is set for a worldwide release starting from mid-March. Some regions might receive the device slightly later in April. 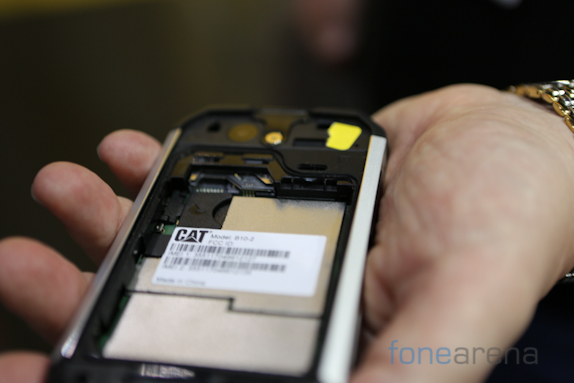