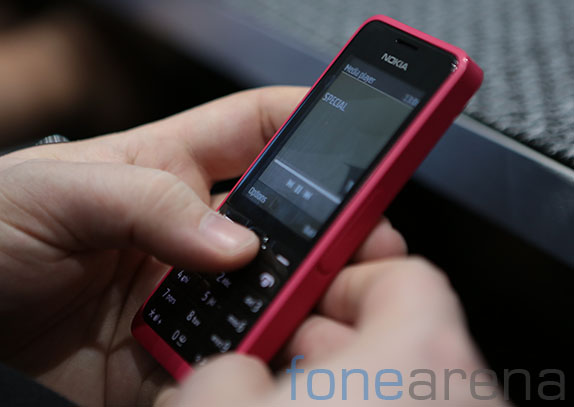 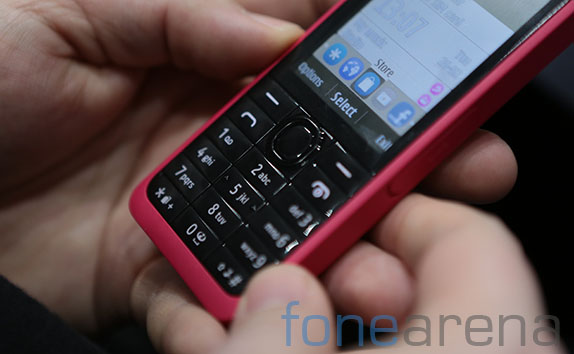 First and foremost the Nokia 301 is not a touchscreen phone. This might be shocking for many of you but there is a market that exists for the T9 keyboard based devices. There is no doubt that it’s fading, but according to Nokia’s data, it’s not time for the demise of keypad phones yet. And talking of the keypad, I really found it weird and nostalgic to type on a T9 keypad after a really long time! But hey, it works, and it works really really well. 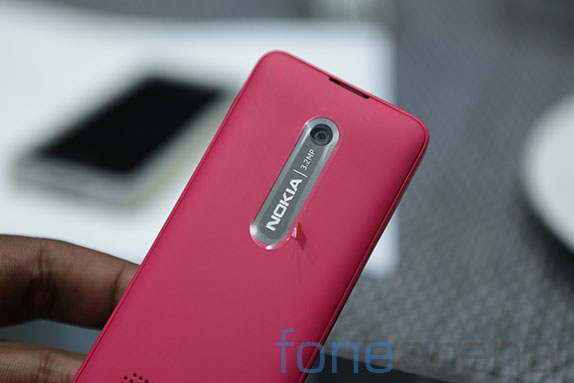 The body is made of super good looking plastic. It comes in matte as well as glossy variations, just like the Lumias and has a cool metallic strip for the camera too. The design is very much Nokia’s effort to unify the portfolio and establish its presence as the only colourful mobile phone manufacturer, which applies to all the price segments. The metallic strip houses a 3.2 MP fixed focus camera which has some pretty nifty software features added to it through the S40 operating system’s camera UI. The camera can do burst shots of 2, 3 or 4 and it lets you select the best out of the selected number. There is also a panorama mode that stitches four pics into a one wide picture. It might not work as well as the high end Lumias but still a pretty nifty addition in our opinion. Here is a panorama sample from the Nokia 301(click to view a larger size which has been cropped from the full resolution) –

There are other nice features that are a part of the Nokia 301, which is the Bluetooth “slam”. The bluetooth slam is basically a feature in which you bring two phones closer and they automatically initiate a transfer. This all happens without NFC, yes. Apparently Nokia have devised a way to approximate the distance using bluetooth. And then, there is the intelligent self shot feature which recognises facial features and accordingly commands you to change position. We think it should be on high end phones too! Naturally, we tried it too 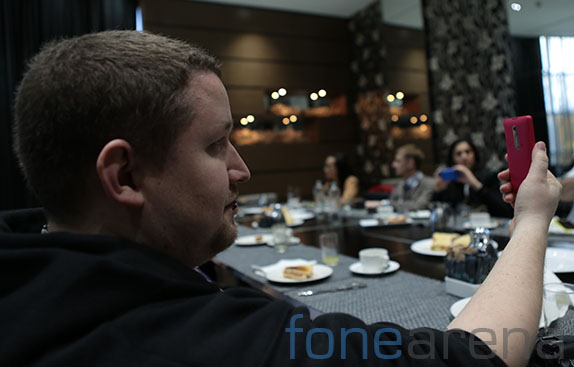 So, as you can see, the Nokia 301 is a pretty feature rich phone, with all the essential features like 3G, Bluetooth and socially relevant apps! That’s it for our hands on impressions, do look forward to more information on our blog as it arrives!