Nokia has announced the Lumia 520, their new affordable Lumia Windows Phone 8 handset at the MWC 2013. It has a 4-inch (800 x 480 pixels) display with 2D hardened glass, super sensitive touch for finger nail and glove use and is powered by a 1 GHz dual core processor. It has a 5MP auto focus camera at the back with 720p HD video recording. It uses the similar fabula design as the other Lumia handsets. 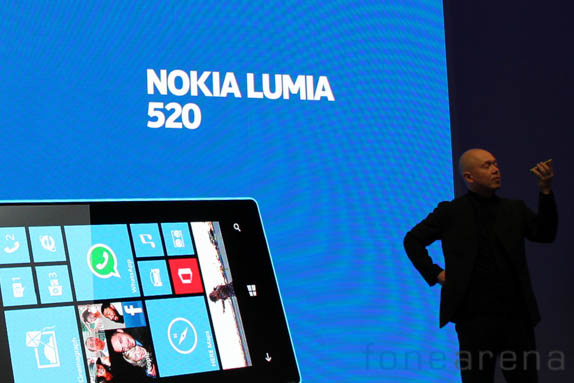 The Nokia Lumia 520 comes in red, yellow, cyan, white and black colors. It would be available at a starting price of 139 euros (~US$183) before taxes and subsidies starting Q1 2013 in Hong Kong and Vietnam, and would be available in other markets such as Europe, Asia – including China and India – Latin America and Africa in Q2 2013.