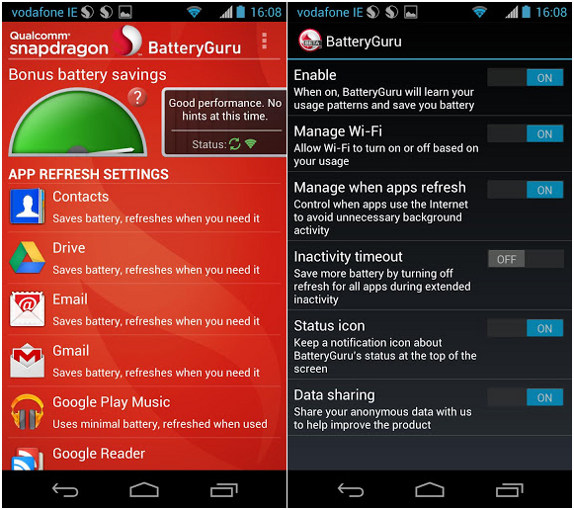 Xiam Technologies Limited, a division of Qualcomm has released Battery Guru (Beta) application for Android that promises to extend the battery life on the Snapdragon-powered Android devices by optimizing the device functionality. It doesn’t require manual configuration and runs in the background. After the 2 to 4 day introduction period, it learns the user’s behaviors and then notifies that it is ready to extend the battery life.

The Snapdragon Battery Guru is still in Beta and supports a majority of Snapdragon powered devices. It is available North America and European Union at present, but support for additional Snapdragon-powered devices and regions would be added in the coming months.

Download Snapdragon BatteryGuru for Android from the Google Play Store (select countries only) for free. Folks at XDA forums have uploaded the APK for the app so that you can side-load it on your Snapdragon device manually.