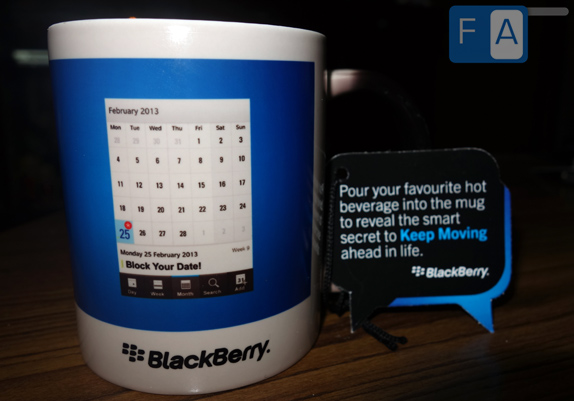 FoneArena was the first to bring you the news about the BlackBerry Z10 coming to India on February 25th . Looks like we were right ! An interesting and unusual invite landed at our office today from BlackBerry and it was a cool heat sensitive mug ! Once we filled the mug with some hot liquid , the message slowly showed up on the mug. It reads – Block Your Date on Monday February 25th 2013.   BlackBerry will be launching the Z10 in India on that day and it would be going on sale later this month. Here is the unboxing video of the BlackBerry Z10 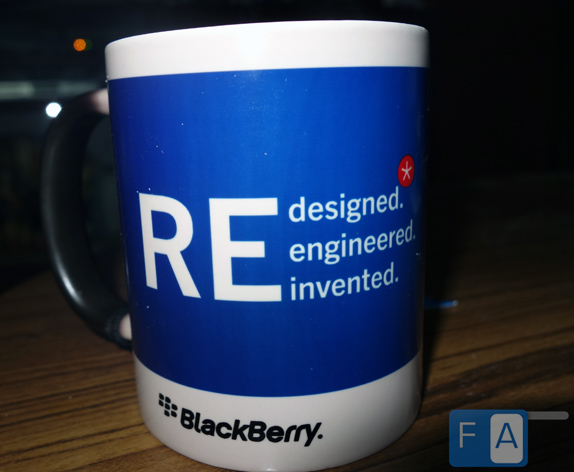 The Z10 has some interesting specs

Pricing info is still not available but we should have some clarity soon.