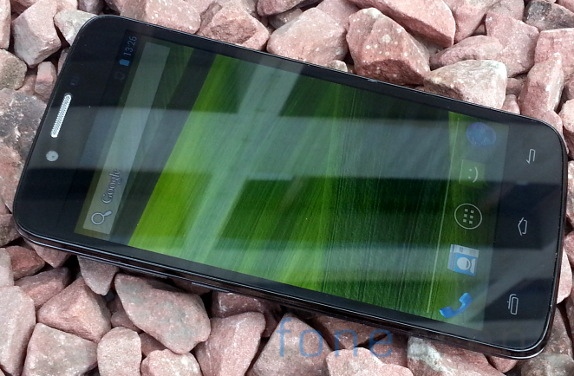 Xolo launched the A1000, the company’s first device in the Xolo series to feature a 5-inch (1280 x 720 pixels) HD IPS display earlier today. We brought you exclusive images of the device earlier this week. Here we have the entire photo gallery of the device. Xolo launched the X500 last month, which is powered by a 1.2 GHz Intel Atom Z2420 processor, and we reviewed the X500 today. 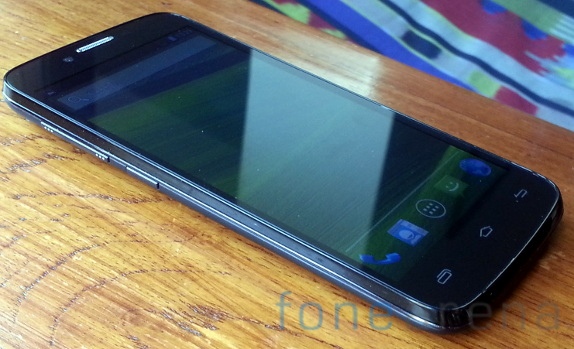 The phone is 70.8mm wide and 8.8mm thick. Since the display is based on One Glass Solution (OGS) Technology that integrates the touch sensor, display and cover glass into one reducing the air gap between them that makes the device sleeker. 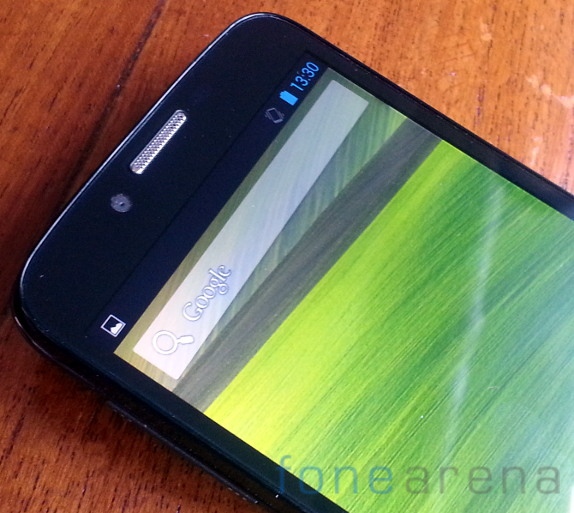 At the top there is a 1.2 MP font-facing camera with BSI sensor. The phone also features Proximity and Ambient light sensors. 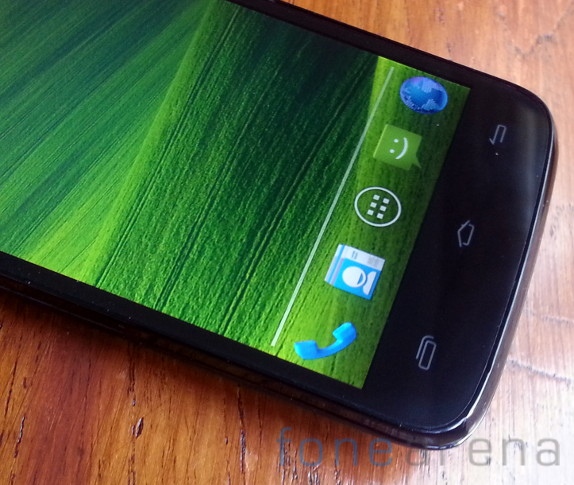 There are capacitive touch buttons for Multitasking, Home and Back, below the display. 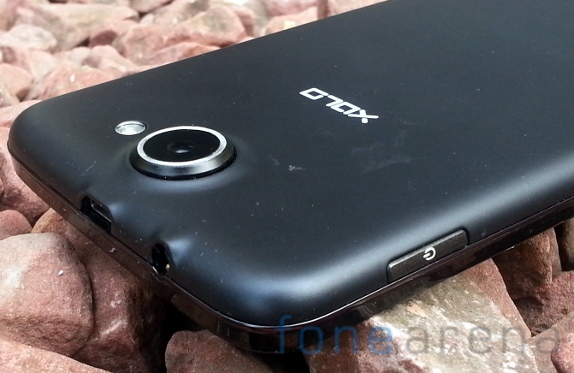 There is a micro USB slot and a 3.5mm audio jack and the top. The phone also has FM Radio support. 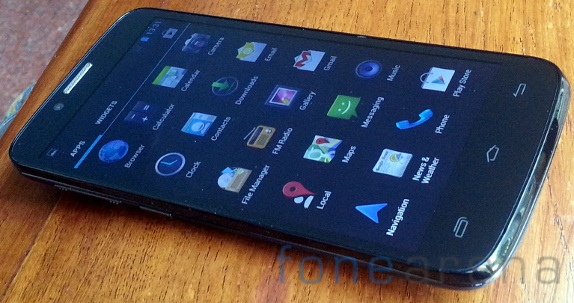 The volume rocker and the dedicated camera key is present on the left. 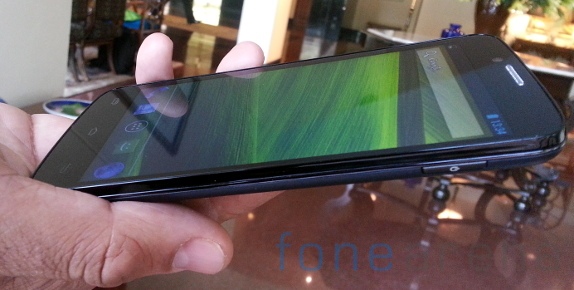 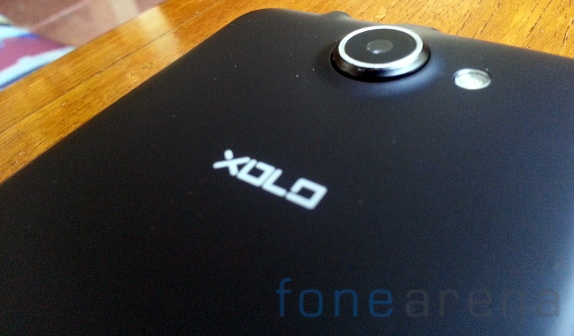 At the back there is a 8MP auto focus camera at the back with BSI (Back Side Illumination) sensor and LED flash. The camera is a bit raised up from the device. It can record videos at 720p HD resolution at 30 fps. 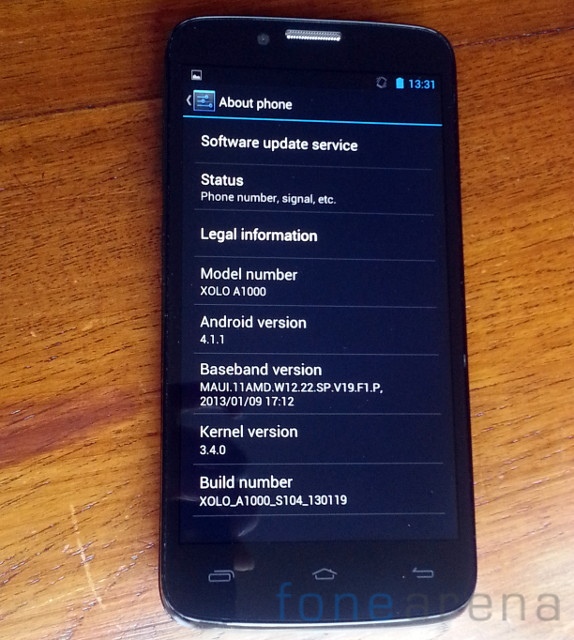 It runs on Android 4.1.1 Jelly Bean OS. It has dual SIM support with dual standby. 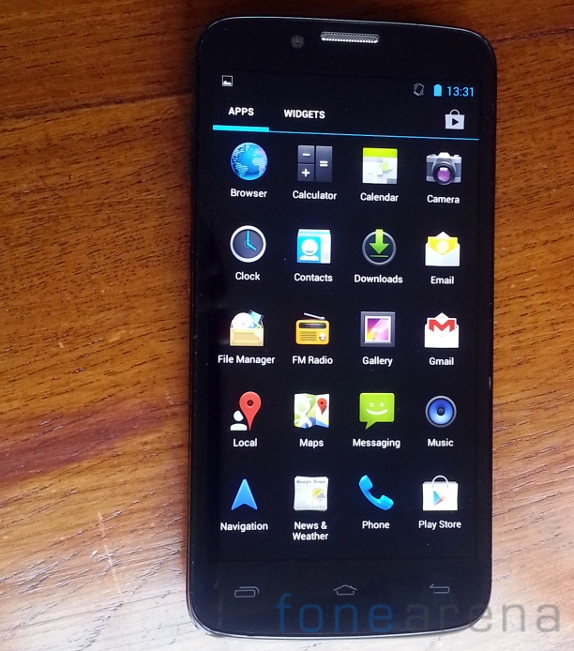 Enjoy the entire photo gallery below!