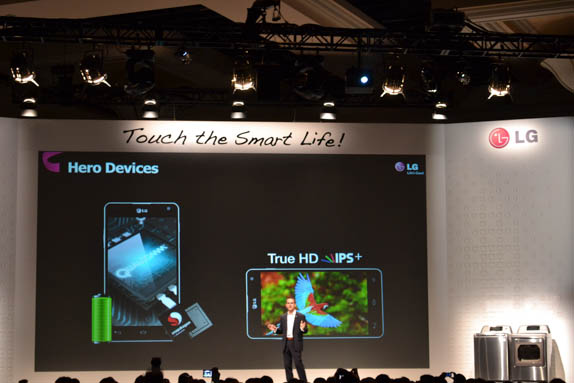 At LG’s press conference at CES 2013, the company did not show off any new mobile phones and said that they would be unveiling cutting edge smartphones at MWC 2013 which happens next month in Barcelona , Spain.LG is having an hard time keeping up to the demand for the Nexus 4 smartphone which it developed in partnership with Google.LG said that it is back on the mobile map with its latest smartphones. LG still has a lot of work to do in order to challenge its Korean rival Samsung who is dominating in many markets across the globe.Let us see what LG has to show us at MWC next month.