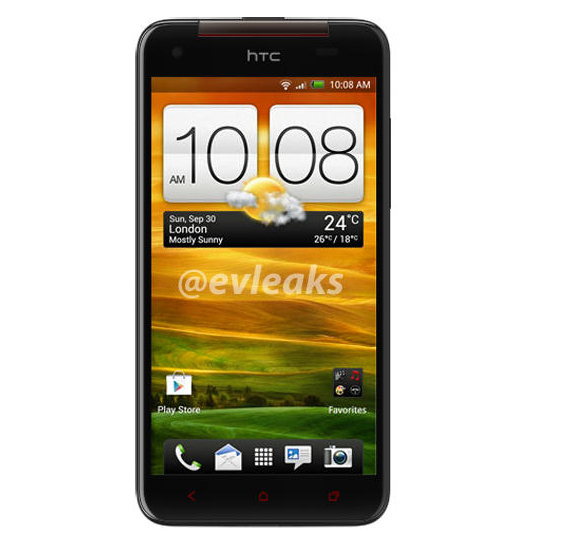 Press render of the HTC Deluxe, global variant of the HTC Droid DNA has surfaced, thanks to @evleaks. HTC Droid DNA was announced for Verizon Wireless in USA and it was first launched in Japan as HTC J Butterfly last month. There are no details about the specs yet but is expected to come with similar specs including a 5-inch (1920 x 1080 pixels) 1080p Full HD super LCD 3 display at 440 PPI, 1.5 GHz processor quad-core Qualcomm Snapdragon S4 Pro APQ8064 processor, a 8MP auto focus camera at the back with LED flash, BSI sensor, 1080p HD video recorder and a 2.1MP front-facing camera with HD video recording. It would run on Android 4.1 (Jelly Bean) with HTC Sense 4+ UI.