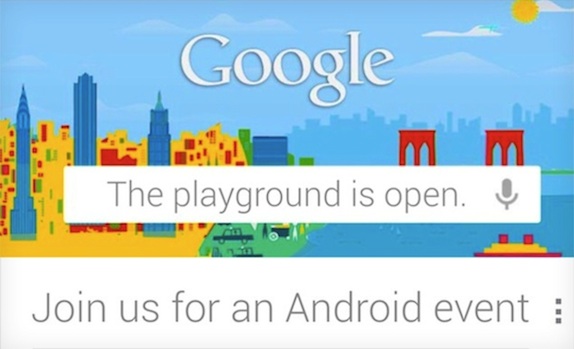 Google was supposed to host an event in New York City today to show off the new LG Nexus 4, the Samsung made Nexus 10, Android 4.2, and a few other cool things, but they’ve just announced that the event has been cancelled. In case you haven’t been keeping up with the news, the biggest storm America’s east coast has ever seen is set to hit several states during the next 48 hours. Over 375,000 people have already been evacuated from Manhattan, the New York Stock exchange has shut down, the public transportation has been turned off, basically the city is preparing for the worst. We hope our American readers stay safe!

If you’re a bit annoyed about all this, well … you shouldn’t be. Everything that’s interesting has already been leaked, now we’re just waiting for pricing information and launch dates. The LG Nexus 4 is basically the LG Optimus G running stock Android. It has a quad core Qualcomm Snapdragon S4 processor, 2 GB of RAM, and an 8 megapixel camera. The Nexus 10 is nothing more than a Galaxy Tab 10.1, but with an ultra high resolution screen. We’re not too sure about the processor inside, but we wouldn’t be surprised to hear that it uses the same Exynos 5 chip that’s inside the new $249 Chromebook. There’s also rumors of an HSPA+ enabled Nexus 7, but again, we need to know how much it’s going to cost before being either excited or let down.

And as for Android 4.2, don’t expect anything radically new. Android 4.1 was shown off in late June. That’s just four months ago. What do you expect Google’s engineers to do in such a short span of time? Rumor has it there’s a more accurate onscreen keyboard, an easier settings pane, and that’s about it. The “next big thing” will likely be shown off in May or June 2013, which is a far ways away.