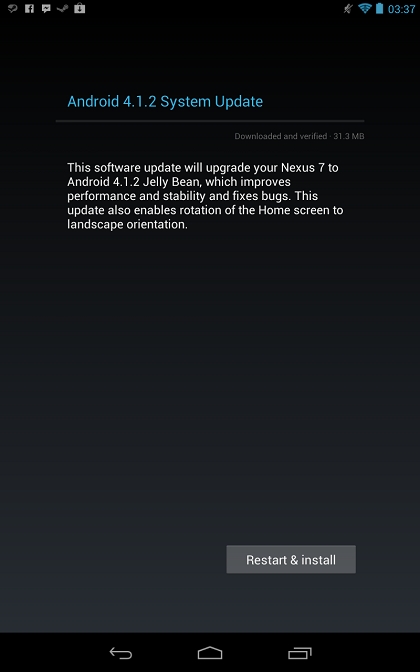 Google has started rolling out Android 4.1.2 (Jelly Bean) update for the Nexus 7. The Google Nexus 7 was unveiled in June came with Android 4.1.1 but it lacked landscape mode. The new Android 4.1.2 Over the Air (OTA) update is a minor update which is about 31MB. It brings landscape mode and  improvements in performance, stability and bug fixes. The LG E960 that is rumored to be the next Nexus device was spotted running on the Android 4.1.2. 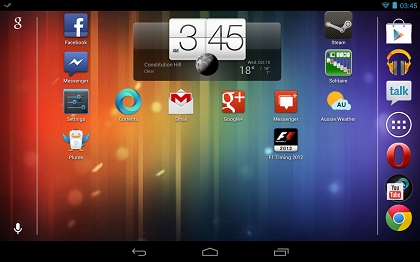 Google Technical Lead, Jean-Baptiste Queru has announced that the Android 4.1.2 is also being released to the Android Open Source Project (AOSP). The build number is JZO54K, and the tag is android-4.1.2_r1.