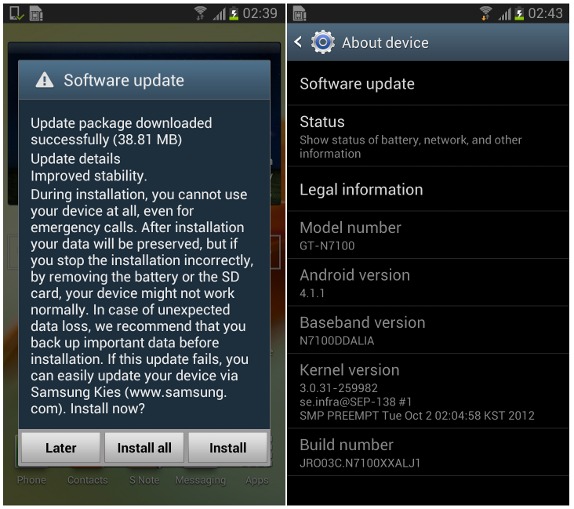 Samsung has started rolling out a new software update for the Galaxy Note 2 that brings Multiscreen feature. This feature was supposed to come pre-loaded, but it started rolling out only through a Over the Air (OTA) update. The Multiscreen feature was first introduced in the Galaxy Note 10.1 (Note 800) that makes multitasking easy by running the apps side-by-side. 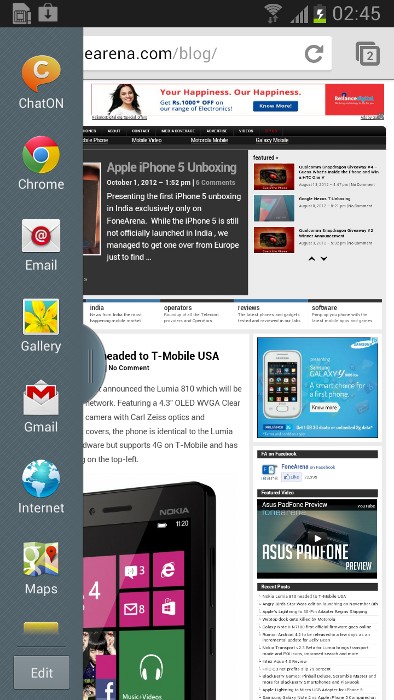 This feature works with Google Apps including Gmail, YouTube, Chrome, Maps and Talk and Samsung-specific apps such as Email and ChatON. You can hold the back button to bring up the muliscreen apps, and hold it again to close it. 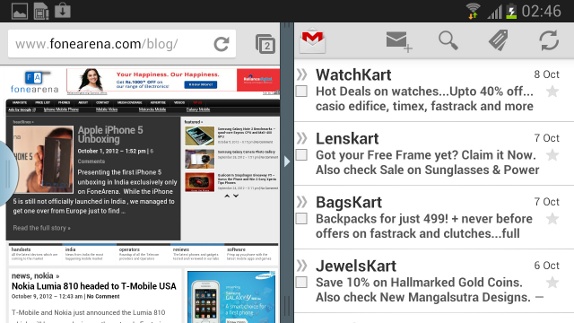 This feature works both on portrait and landscape modes. You can even adjust the size of the app window accordingly. This update also brings stability improvements for the Note 2.