Gameloft and Duo Games have partnered to launch an iOS game controller accessory which should facilitate a more console like experience on the iPad, iPhone and iPod Touch. The controller, called the Duo Gamer, connects over Bluetooth and is equipped with analogue sticks, a D-Pad and six buttons. The controller comes with a handy stand in which you can plug in your iOS device. 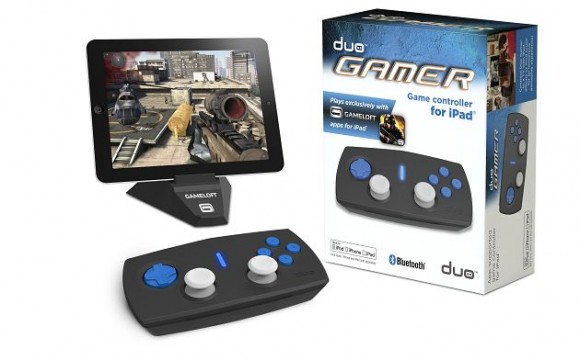 The controller has been optimized to work well with Gameloft games including Asphalt 7, Modern Combat 3, Fallen Nation, Order & Chaos Online, Brothers in Arms 2. The controller has been priced at $79.99. A rather major issue we see here is that the controller supports only a select few Gameloft games. With several similar products available at lower price points and wider compati find it hard to believe that an accessory which such limited software support will see much success.