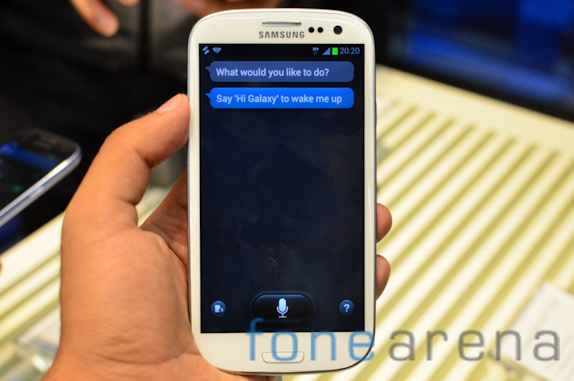 Yesterday we wrote up a rumor from The Korea Times that said Samsung was going to announce the Galaxy S IV in February 2013, ship it a month later, and that it’ll feature a 5 inch display. Samsung, not being all too thrilled with the internet talking about the next Galaxy S when the current Galaxy S is barely four months old, went on Twitter to say that the rumors are false. We’re not exactly surprised they’re saying that, but let’s step back for a second and think things through.

The original Galaxy S and the Galaxy S II were both announced in February at Mobile World Congress. They also both shipped roughly four months later. With the Galaxy S III, Samsung decided to hold their own press event so that they could announce their new device and then tell customers that it’s going to ship in two to three weeks. Where have we seen this before? Apple.

If Samsung does unveil the Galaxy S IV either at Mobile World Congress or just right after the event, and say it’s going to ship in two to three weeks, then they’ll not only drown out all the noise that everyone made at the conference in February, they will be in an incredible position to take people’s money instead of making them wait.

Also, when it comes to timing, there were four months when the Galaxy S III went virtually unchallenged. Now it’s going up against the iPhone 5. If Samsung ships the next Galaxy S in March, and assuming Apple launches the iPhone 5S during the same late Q3 time period, that would give the company almost half a year to strut their stuff and say that they have the best phone on the market.

We’ll probably hear more about this over the coming weeks.