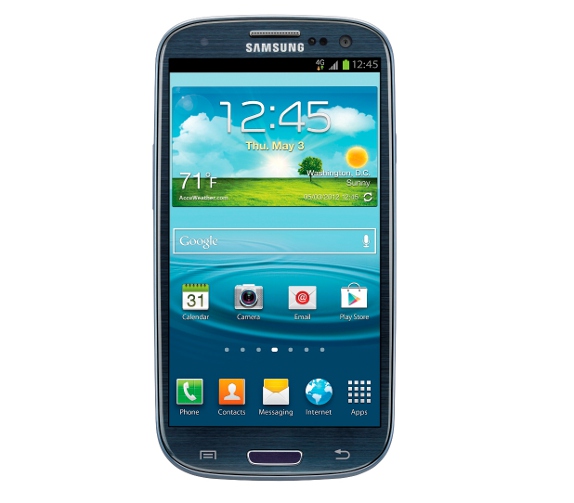 Both the Sprint and T-Mobile USA has announced that the Samsung Galaxy S III would be available on 21st June. The Galaxy S III comes with 4.8-inch (1280×720 pixels) HD Super AMOLED display and is powered by Snapdragon S4 Dual Core 1.5 GHz processor. Samsung already announced that the Galaxy S III would launch on 5 US carriers starting in June. It runs on Android 4.0 (Ice Cream Sandwich) and has S Voice, S Beam, AllShare Play, All Share Cast, Pop up play, Best photo and more new feature.

The T-Mobile’s Galaxy S III would support 4G (HSPA+ 42 technology), there are no details about pricing. It is expected to be available in metallic blue or ceramic white color at T-Mobile retail stores and select retailers, and at online, starting June 21.

The Galaxy S III on Sprint would come with 4G LTE and Google Wallet support.  It would be available in  Pebble Blue and Marble White colors. The 16GB version would be available for $199.99 and 32GB version for $249.99 (excluding taxes) with a new line or eligible upgrade and 2-year service agreement at Sprint Stores, Sprint Business Sales, Telesales (1-800-SPRINT1) and Web Sales beginning on June 21. The 32GB version will be available exclusively through Web Sales.