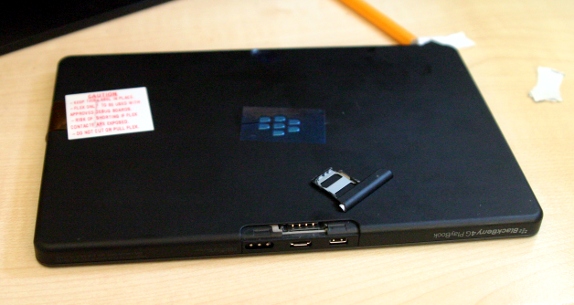 BlackBerry PlayBook with 4G images has surfaced online dubbed as BlackBerry 4G PlayBook. Sprint already canceled their plans to sell 4G WiMax version of the PlayBook last year and decided to go with LTE. RIM has already confirmed they would launch 3G/HSPA+ and 4G PlayBooks in the future. The LTE and HSPA+ versions of the PlayBook were spotted in FCC last month.

As you can see in the image above, there’s a SIM card tray and it also has network option in the settings. 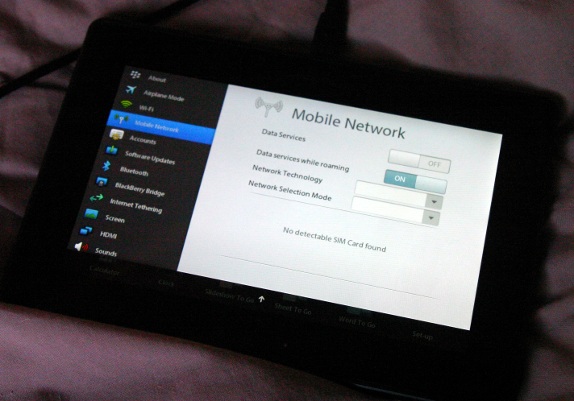 It also said to come with native BBM support that doesn’t need BlackBerry Bridge. This PlayBook seems to be running an early built OS that has no NFC support. RIM has also confirmed that PlayBook would get BlackBerry OS 10 post launch.