I have had the Nokia Lumia 800 in my hands for a couple of weeks and been marveling at the Windows Phone Mango interface and usability. As a blogger, I want to share these with you, but you know what I discovered? You can’t take a screenshot on Windows Phone 7. Actually, you can, but you’ll need to go through so many hoops that you’ll want to kill yourself before the process is done. Here’s a rundown of my trials and tribulations over the past few days with the process, in hope of shedding a light on the sheer silliness of the situation. 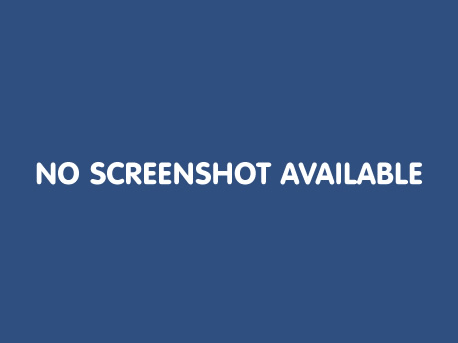 First of all, a screenshot may not be vital for all users, but it’s vital for the platform

These phones we’re all so enamored with, are tech products, with a screen being the main interaction interface. Showing the screen is like giving a glimpse into the essence of the product. It’s the core of how your product is reviewed on the internet by journalists and bloggers, the core of how developers who invest in your platform can attract users to their apps, the core of tutorials related to your product, and the core of the world-of-mouth back and forth between power users.

“Print Screen” has been an obvious key on any keyboard since I saw the first computer in my life, around the 1990s. The iPhone, for all that it did wrong and right, managed to make taking a screenshot almost as easy: Power button + Home button = ta-daaa, image taken. You had to know it, but those who cared enough could do a Google search and find it in less than a second. The iPhone democratized sharing, bragging, talking. When you see a review of a new iPhone, you not only see photos of the device, but also screenshots from the reviewer with new features explained, and you get a glimpse of what could be done with it. No longer is it a press release image taken under perfect circumstances, no, it is a real phone used by a real person, who is now telling us what they think of it.

Did you see the reviews of the Lumia 900 that have been posted the last day? All of them contain images or press release screenshots, nothing personal. Readers will wonder how much the reviewer actually used the phone before coming up with a verdict.

That is like shooting yourself in the foot. Like being a caterer and not offering any culinary samples, or selling perfumes in a sealed bottle with no testers. There’s a significant barrier between the product itself and those who want to talk about it or get a feel of it.

So what? Android didn’t let you take a screenshot before ICS!

It wasn’t acceptable for Android, and it’s not acceptable for Windows Phone 7 or 7.5. But at least, Samsung was smart enough to include that in most of their Android phones for a couple of years. For other manufacturers, you have to root, which usually involves a bit of know-how but sometimes could be as easy as downloading an app and clicking a button. Once you’re rooted, screenshot apps are easily available in the Android Market (now Play Store). With ICS, taking a screenshot is finally as easy as on the iPhone.

With Windows Phone 7 or 7.5?! Oh yes, I forgot, “it’s still a new platform, youngster error”. No. It’s a big flaw, that’s what it is. And it’s a symbol of how many steps we go backwards while trying to move forward in this whole mobile industry.

OK, Rita I believe you. What do we have to do to take a screenshot on WP7?

The gist is this: the screenshot app isn’t available in the Marketplace so you need an unlocked phone in order to install apps from outside the Marketplace. Unlocking WP7 kind of equals jailbreaking the iPhone. Were we on Android or Symbian, you’d simply check a box in the Settings, and you’d be able to sideload apps from outside the official stores. But alas, we’re not.

Does that sound simple enough? It does. Until, you start discovering the hurdles. You’ll need:

If like me, you own a Mac or happen to live in that part of the planet where internet speeds are mediocre and you get 10GB bandwidth per month, you’ll soon catch yourself wondering if you’re the absolute stupidest person on earth, to waste 10% of your monthly bandwidth and 4 days of your life chasing around links for a screenshot, a FREAKING SCREENSHOT.

My assistant, who was kind enough to lend me her Windows laptop for the whole process, has been following my progress over the past days and chuckling at my frustration. For all that I have evangelized about Windows Phone 7 to her, showing her the fluidity, the simplicity, the integration, the beautiful apps, I’m pretty sure she no longer believes a word of it. I wonder if I do.

Dear Microsoft, if you want us to talk about your phones, for God’s sake, make it easy for us.