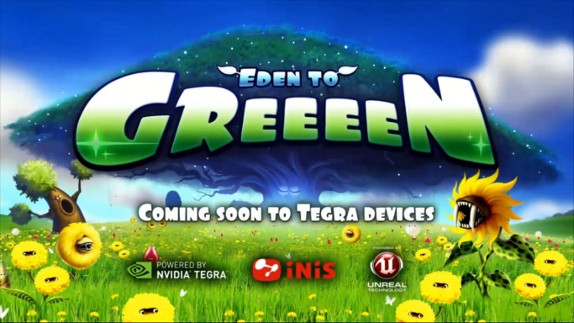 Sonic The Hedgehog 4: Episode II – It has 17 all-new levels filled with real-time water effects and dynamic backgrounds – in up to 720p HD resolution on compatible devices. It offers a co-op mode that brings Sonic’s old sidekick Tails into the action.

Eden to GREEEEN THD – It is a free game that offers best gaming experience with high-quality textures, quad-core scaling and more detailed models – all built on the Unreal Engine. In the game, alien machines from another planet have come to swipe Eden’s natural resources. They’ve all but destroyed the beautiful setting, and only a handful of flora still survive. Euphoria, the natural energy of Eden needed for life to survive is dwindling fast.

Hamilton’s Great Adventure THD – Its is an epic strategy/puzzle game Hamilton’s Great Adventure has you tackling daring, new levels with your trusty sidekick, Sasha the bird. You’ll be navigating fully dynamic levels that rival what you’d experience on the PC version of the game. It has been adapted from Bitsquid’s DirectX 11 engine with Tegra 3 optimizations and quad-core scaling.

NVIDIA Tegra 3 games are being showcased at MWC and are expected to be available soon. You can also download the NVIDIA TegraZone app for Android and download these games when it is available.