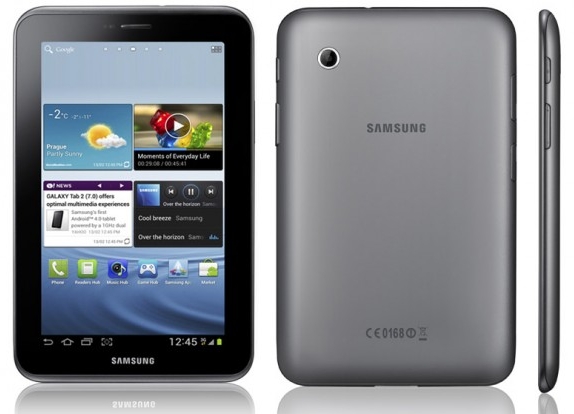 Samsung has announced Samsung Galaxy Tab 2, successor of 7-inch Galaxy Tab that was launched in 2010. This is powered by 1GHz dual-core processor and runs Android 4.0 (Ice Cream Sandwich). It has 7-inch (1024×600) PLS TFT LCD display and has 3MP fixed focus rear-facing camera and VGA camera on the front. It is 10.5mm thick and weighs 344g.

It is expected to be available in March globally starting from UK and also comes in Wi-Fi-only and Wi-Fi + 3G versions. The Wi-Fi version is would be available for 349EUR (463USD) and the WiFi+3G would cost 429EUR (568USD) in Finland.