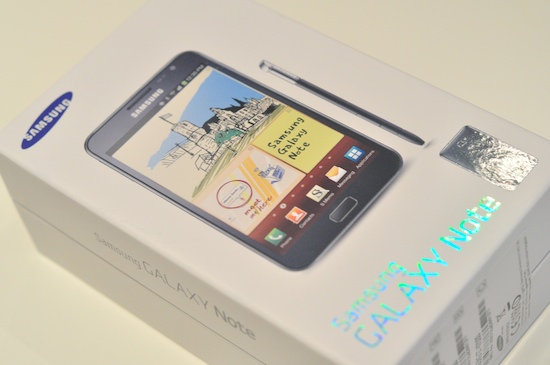 The Samsung Galaxy Note has arrived and with it comes the now obligatory unboxing video. But first, a quick recap on what the Galaxy Note is. The Galaxy Note is a super sized phone, or a small tablet – depending on your point of view. Personally I view it more as a phone as, while it is massive, it is a fully functioning phone, and most users will likely use this as their main phone rather than carrying a separate smartphone (and why would you want to?). Add the S-Pen stylus and the 5.3″ Super AMOLED HD (800 x 1280) display with Wacom digitiser to the mix and what you get is a device that replaces not only your smartphone, but also your Moleskine notebook.

In any case regardless on whether you call it a small tablet or big phone, the Galaxy Note is fast. It is basically a super charged version of the popular Samsung Galaxy S II right down to the plastic shell. It runs on the same excellent Exynos S-o-C but with the dual core ARM-Cortex A9 CPUs clocked at a higher 1.4GHz speed. It outclasses their flagship tablet, the Samsung Galaxy Tab 10.1 in terms of raw specs as well and real-life performance. Put it this way, if you want an Android device with the best hardware specs currently on the market (outside South Korea at least!), this is the device to get. While it ships with Android Gingerbread, Samsung has promised that the Note will be getting Android 4.0 early next year. 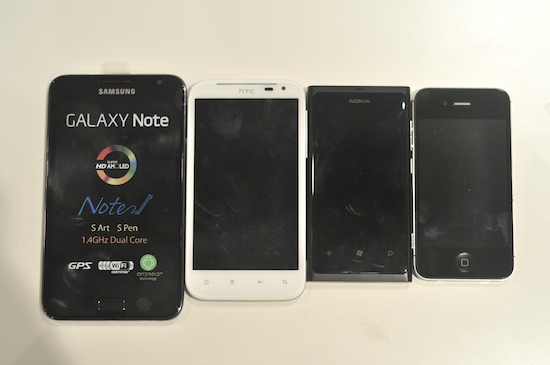 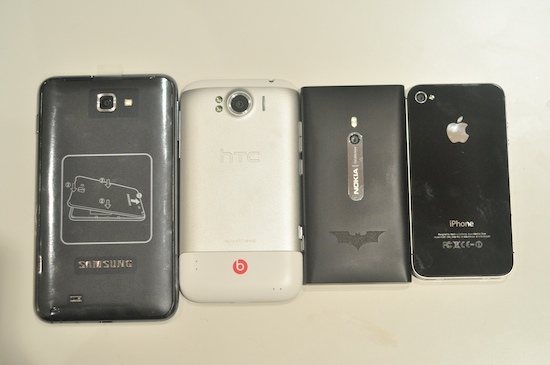 Despite the weight of 178g, the Note feels surprisingly light even with the battery installed. This is likely due to the weight being spread throughout the large device. While you might struggle fitting this inside your shirt pocket, you certainly won’t feel it. We will be putting through the Galaxy Note through a number of stringent test this Christmas to see what makes it thick. For now, enjoy the video unboxing of the Galaxy Note where we compare it to other popular smartphones.