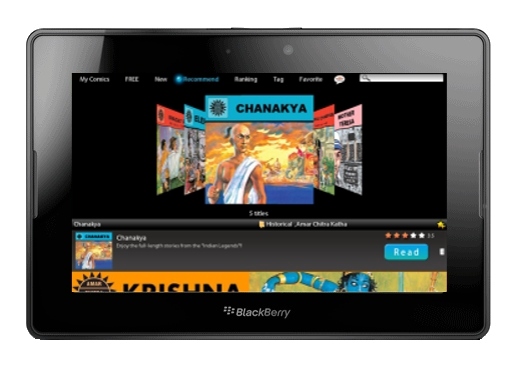 Here are some of the Comic apps for the BlackBerry PlayBook. These comics are specially designed for the BlackBerry PlayBook and lets you read in the full screen mode and the frame mode. The application also embeds screen vibrations into each comic screen which vibrates the entire comic frame/page thereby further engaging the readers during action sequence such as a fight/blast/shock etc.

These comics costs between US$2.99 and US$3.99 and available from the BlackBerry App World.